Election campaigns are ephemeral by nature.

Months of leafleting, door-to-door canvassing, phone banking, speechifying, debates, controversies real and manufactured culminate on Election Day. Then, the candidate either triumphs and advances into public office, or is vanquished and returns to private life. The singular sense of purpose and community that a strong grassroots campaign provides vanishes overnight. Poof. Gone.

Last Wednesday evening saw a change in that familiar script as veterans of Ross Barkan’s recent unsuccessful campaign for a South Brooklyn state senate seat threw a “grand opening” party to celebrate the transformation of their former storefront campaign headquarters into a community event space. Located at 307 82nd Street in Bay Ridge, Solidarity Space is a nascent hub of activism and arts in a traditionally conservative corner of Brooklyn that is rapidly taking on a more progressive hue. In 2017 Palestinian socialist Khader El-Yateem narrowly lost a race for a Bay Ridge City Council seat. This year Barkan garnered 42 percent of the Democratic primary vote running on a platform of Medicare-for-All, free public college and the abolition of Immigration and Customs Enforcement against a more cautious opponent favored by the Democratic Party machine.

Recent years have seen a flourishing of new left-wing social movement centers in New York City including The People’s Forum in Hell’s Kitchen, The Brooklyn Commons in Boerum Hill and May Day Space, Starr Bar and The Base in Bushwick.

With Barkan returning to his previous career as a political journalist, Solidarity Space is being run by a team of volunteers who are working to keep the space going while paying $2,000 per month for rent and utilities. With hopes running high at the grand opening, we invited attendees to share their thoughts on the new space and what they hope they can accomplish with it. 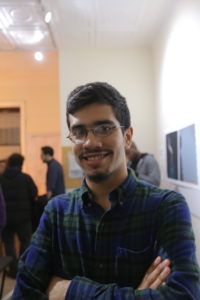 I think that there’s very few community places anywhere, especially in Bay Ridge, that are truly spaces that promote the arts, acceptance, and I think that real change comes from places like this and people like this that come together and decide to engage in community organizing.

Why do you think it’s important to have it in Bay Ridge?

Bay Ridge has a very political and active community, but we’re also a very diverse community. A lot of times those communities don’t always interact with each other. The working class is always stronger when we are together. It’s that type of unity that produces results. So if we can build and bring people together in this space that would be very effective. 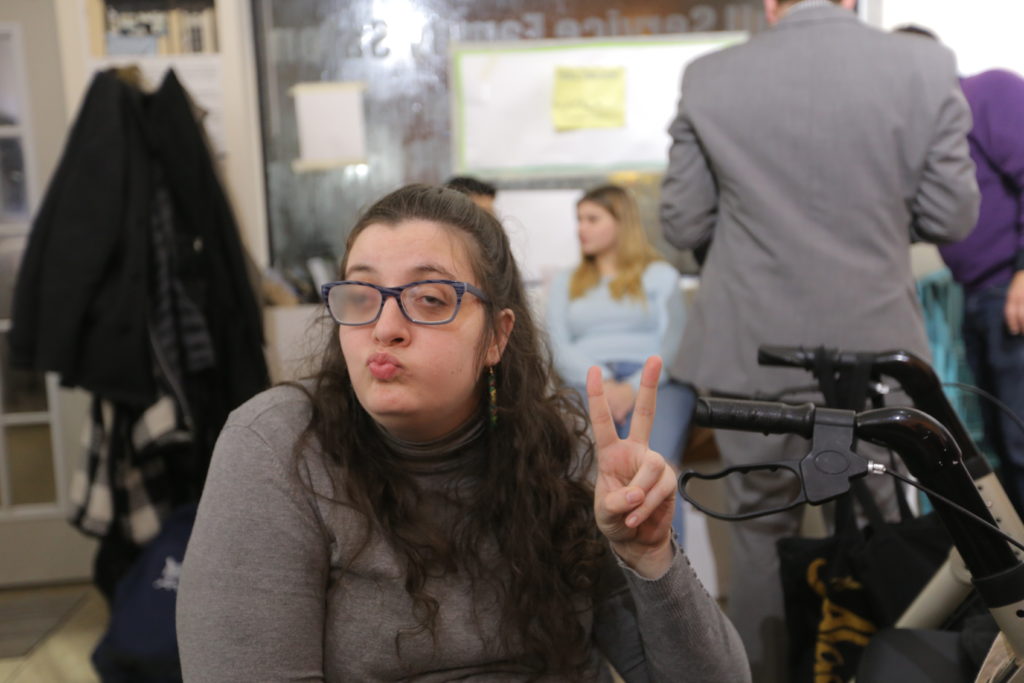 I volunteered with Ross and I’m politically very active and this is an opportunity to connect with other people and share our experiences or talk about our differences.

Why do you think the library is important?

It’s a chance for people to learn something new and to expand their minds. Now, I’m trying to get as many as people as I can to donate books. Take whatever book they want, they can return it or not. 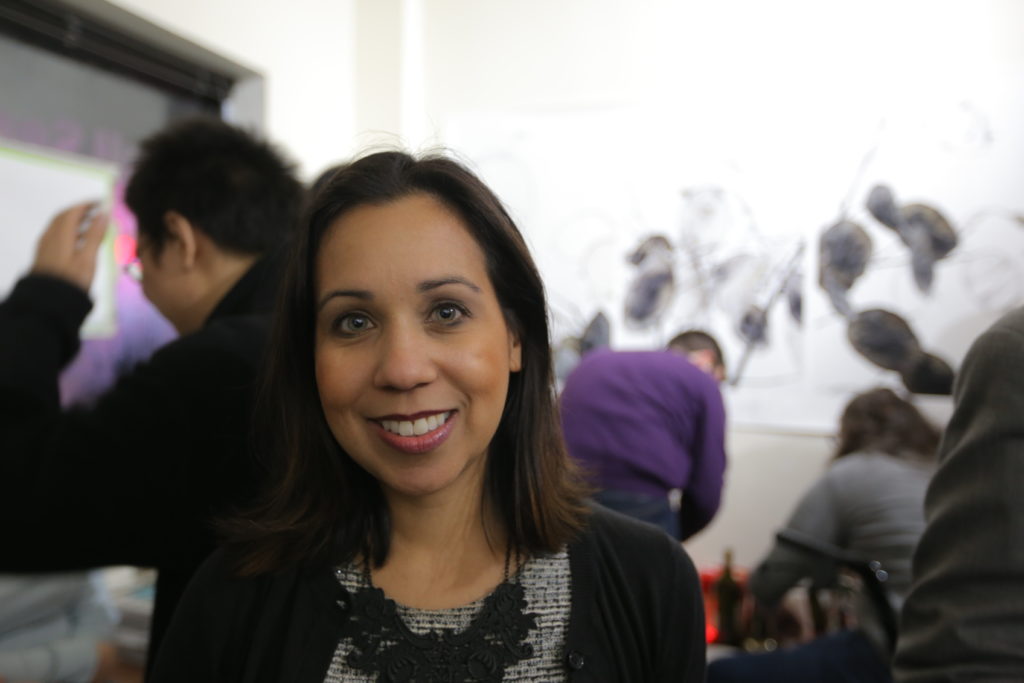 I got to know Ross and all the volunteers on his campaign. We decided to convert this space into a civic center instead of letting it go, to kind of make it a civic center.

I’ve never been politically involved before so volunteering for him was my first experience, and I was very happy to be local and do something that would benefit my neighbors. I wanted to give back and push those progressive values.

We really want to keep this district blue and so it’s really important to push those progressive values and just make sure that corporate money is out of politics and that the community can help each other. We want to share each other’s ideas and push those really great groups that are already here and have been here for a long time like Bay Ridge Democrats, The Riders Alliance, Bike South Brooklyn. Also new groups that are popping up. This will be a co-working space, where everybody can come. People who live in the neighborhood can come. Local businesses can come and offer discounts to members.

How is this space different from other spaces?

I think it has an art element that’s really different. Our artist-in-residence is an inspiring figure and wonderful person. 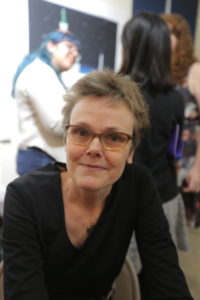 When Ross decided to run for State Senate, I did some research and I made up my mind I wanted to support him. As an artist I was trying to figure out what I could do. So once we got the campaign headquarters, I pitched to him for me to be the artist-in-residence, curate the space and then also merge communities of artists with activists and politicians. When he did not win the primary he and his team decided to turn it into a community space, I pitched again and set up basically the same framework. I did set it up to add additional infrastructure so one wall would represent the four seasons, and also involve other artists.

Why do you think this space is important?

I think it’s so important for artists and activists and politicians to be in constant contact along with everyone in the neighborhood but especially for people who are working really hard to implement some actual changes so not just protesting or critiquing. This is a place to really work in terms of policies and give feedback on the variety of issues that are going on in Bay Ridge.

Why is it important for it to be here in Bay Ridge?

We need a lot of change in Bay Ridge, and now we need to absolutely stay on top of these changes. This space can become a place for checks and balances. We have a journalist who is from here, writers, people who are up to date on the various policies so it will become a vibrant place where we can keep an eye and give feedback on things. Hopefully everyone is going to be in touch, it’s not like there is going to be a wall between us and the local politicians. It could actually be a space to host discussions if people aren’t satisfied with the way things are going.

Why is art important for this center?

Art is everything. I think just as politics can be very specific about policy issues, art can sometimes transcend everything, where it’s not so particular and yet it is still there describing everything that’s going on in a different way. 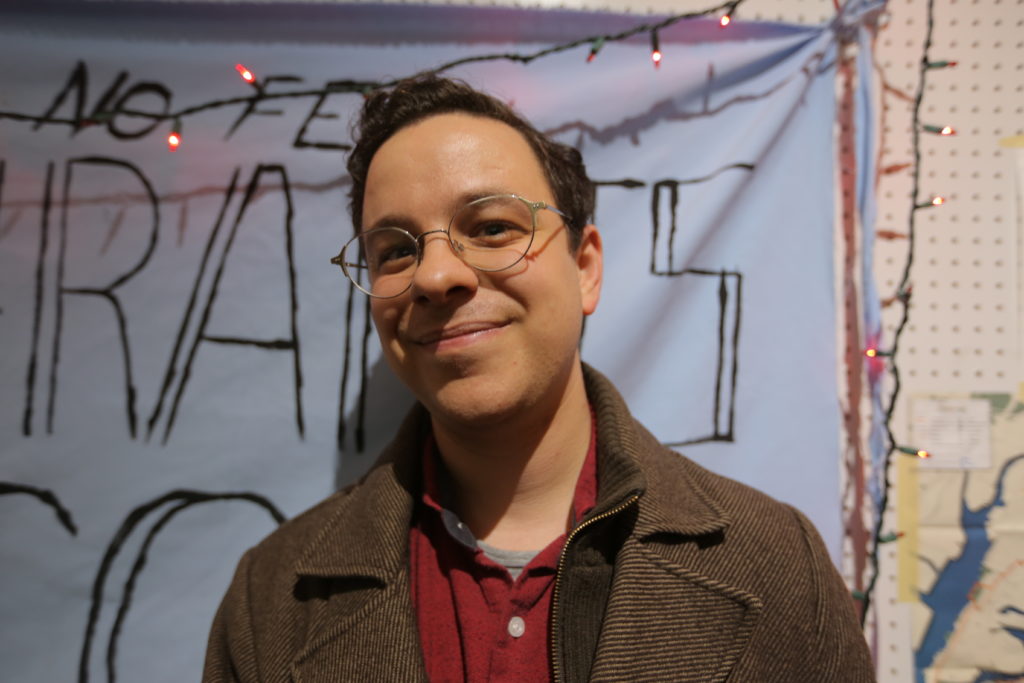 What does Radio Free Bay Ridge expect to accomplish here?

We’re hoping to encourage people to do citizen journalism, to look at their own community with a critical lens, and to get people to learn how to tell their own stories in an audio format. We want to figure out how to make those stories have wider play within the neighborhood in order to counter what is usually a very conservative, right-leaning media narrative for South Brooklyn. There are a lot of progressives here who don’t get their stories out.

Why is this space unique?

This is actually an ideal space for StoryCorps kind of things — getting oral histories. Right now Radio Free Bay Ridge operates out of my guest bedroom. This would be a nice, larger space to have like five to seven people in and hold panel discussions as well as having a kind of neutral space for people to come in and do long oral history projects. It would be great to be able to rent this out and just have people come in for an hour to tell their entire life story, whether it’s seniors or people who have just grown up going to school in the district.

Most activist groups either have to meet at church spaces, local wine bars or restaurants. Even the Bay Ridge Democrats meet in a diner to hold their numbers. Something like this is right off the street and accessible including wheelchair accessible. Activist groups can come and meet and organize in a dedicated space that they have the keys to. 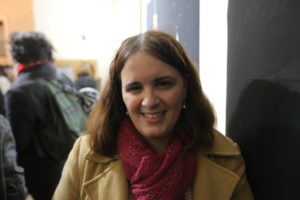 What brings you here tonight?

This is my first time at the space. I was a subcontractor on Ross’ campaign for State Senate, so I sort of know him through that and got invited through that.

Why did you come out here tonight?

I’ve done a lot of political work in Bay Ridge and I’m not a big fan of the kind of status quo elected officials around here. I worked with Ross before and thought as a lifelong Brooklynite like myself, he’d be the right person to lead this area.

Not really. I mean, I’ve heard of other kinds of gallery spaces and I’m sure many of them are progressive but not so much like a campaign office that’s still being used for this purpose. Not even just in New York, not really anywhere.

Why in this neighborhood?

Recent elections show us the neighborhood is changing. People are definitely more involved. Even just having the art aspect, this is something you might find in Bushwick or Red Hook or a lot of other neighborhoods in North Brooklyn, maybe even Central Brooklyn. There are some other art spaces in Bay Ridge, but when you’re putting everything together, it is important to have a place for people to come. Ross has even talked about it being sort of like a WeWork coworking kind of space, and there are certainly none of those around here. So as a small business owner, that’s something that personally excites me. The neighborhood is changing, so it has to change physically as well. 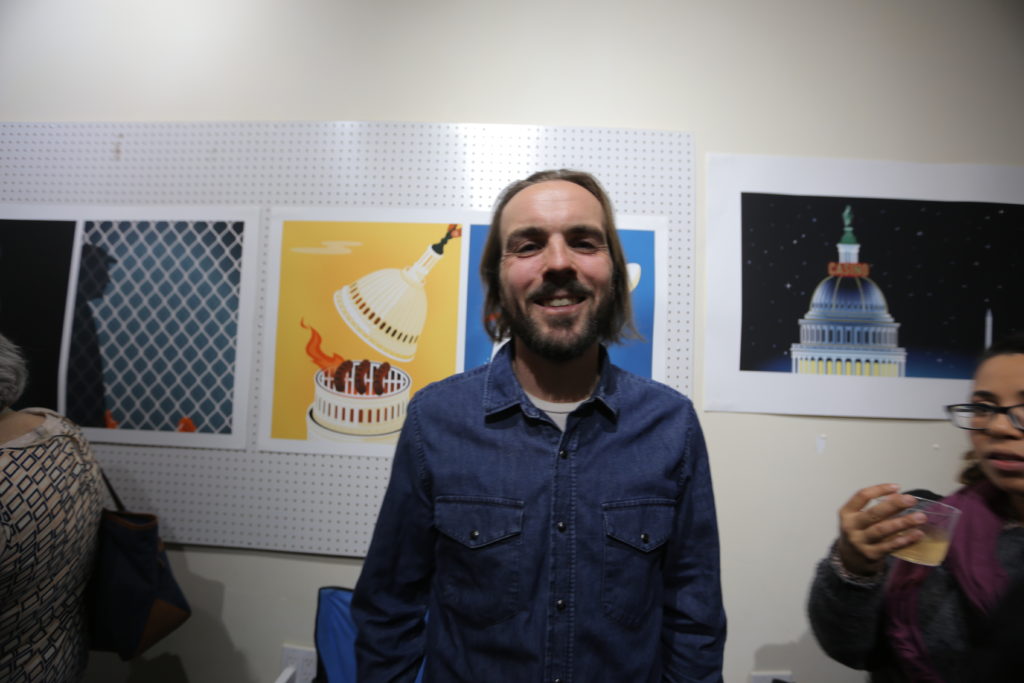 How did you become involved in Solidarity Space?

I met Annalise Jensen through another group I’m active with, Bike South Brooklyn, and she invited me to hang some art up in the space.

Why is this important?

Why is this space important for you in terms of art?

Right now, it’s a venue for my work to be on display for an audience that might not have seen it. It’s good to find some people with I guess like-minded ideas or my neighbors who I haven’t met yet. 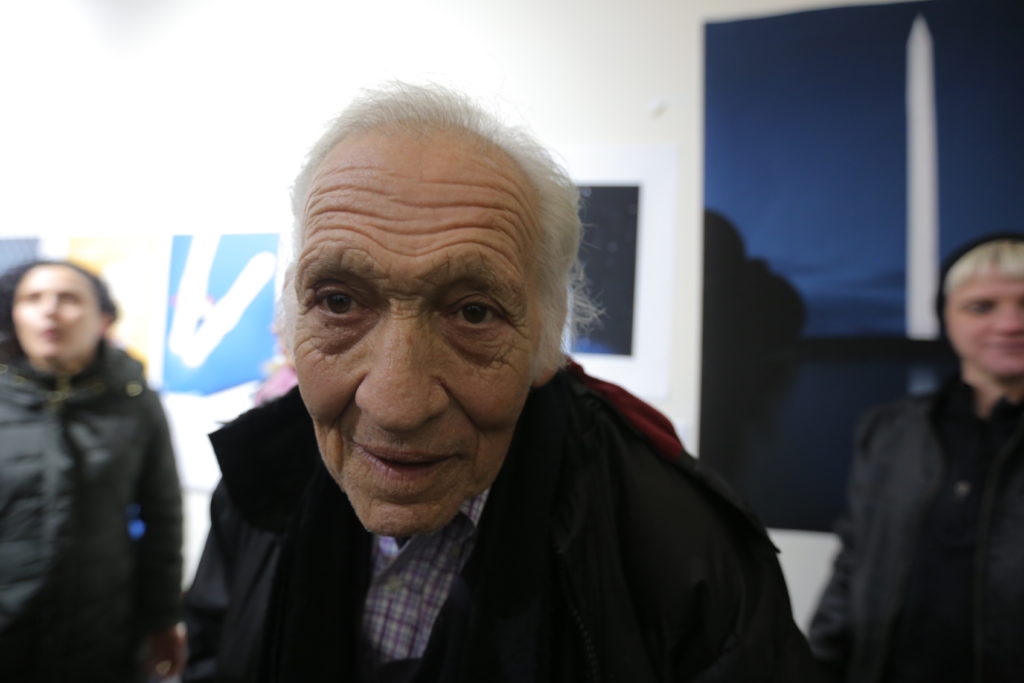 Why is this center important?

It’s great to give activity to other people. Political, artistic, cultural. It’s fantastic.

What do you have to say about your son?

He’s great. He should have won. I’m sorry he didn’t win because he’s a wonderful young man.