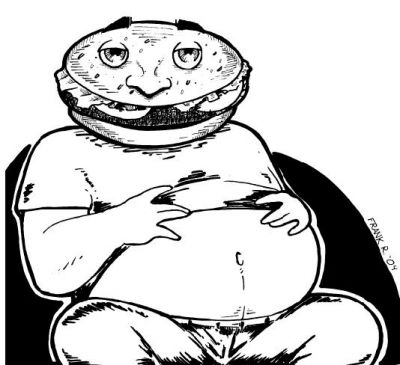 Last February, director Morgan Spurlock allowed himself to become as fat as his credit card debt so that he could begin to break even.

Spurlock, 33, has just returned from two weeks at the Sundance Film Festival in ParCity, Utah, where his first feature documentary, Super Size Me, premiered and earned him a Best Director award in the documentary competition. The film, which Spurlock calls “a comedy,” documents the director’s physical decay as he goes on a McDonald’s-only diet. Spurlock said the idea for the film came when he was visiting his family in West Virginia for Thanksgiving in 2002.

“I was sitting on the couch and feeling very bloated and happy when, on the news, they started talking about the two girls who were suing McDonald’s here in New York City,” Spurlock said. “Then, in the course of the news story, they interviewed a spokesman for the food industry who said, ‘You can’t link our food to these kids being overweight. Our food is nutritious.’ At that moment, the little light went off.”

Over the course of the film, the 6-foot-2, 185-pound Spurlock gained 25 pounds in 30 days as he toured the nation visiting with nutritionists, lawyers who were suing fast-food companies, and former Surgeon General David Satcher to talk about America’s obesity problem.

Spurlock set just three simple rules for himself: 1) he could only eat what was available over the counter (no options); 2) no “super sizing” unless offered, and 3) he had to eat every item on the menu at least once. The result was a heart-stopping display of gluttony, regurgitation and amateur science, all for the sake of speaking truth to McDonald’s. The diet took an enormous toll on the director, who was begged by doctors to stop the diet after two weeks and also by his girlfriend, Alex, who is a vegan chef.

Spurlock said he would experience constant emotional highs and lows after eating. He said he would “feel great” at first, then turn miserable and angry when the sugar rush wore off an hour later. His emotional irritability, compounded with the effects his diet had on his physical relationship with Alex, made things very strained for the couple. “This had a huge toll on our relationship,” Spurlock said. “It had a lot of sexual implications that came out of no where, that I can’t explain.”

Now, a full year later, Spurlock is back down to a fit 187 pounds and is still involved with Alex. While the emotional and physical cost to Spurlock was enormous, he was willing to risk the possible dangers of performing this experiment on himself in order to get it right. “I would never ask anybody to do something that I wouldn’t be willing to do myself,” he said. Spurlock said he went without drinking alcohol for six weeks before filming and for another eight weeks after. He also had to make regular trips to the doctor and adhere to the diet the entire month if the project were to work.

The movie was one of the hottest tickets at Sundance, prompting even the local newspaper, The Park Record, to run an editorial cartoon of a Martian telling the Mars rover, “Hey Buddy, I can show you some really cool Martian rocks if you can get some tickets to Super Size Me at Sundance.” Spurlock said he has already sold the cable rights to A & E and is currently negotiating for theatrical distribution. “This was the most incredible two weeks of my life, and there is no doubt that this film has changed my life in ways that now I can’t even foresee,” Spurlock says. “I’m officially a director now, what can I say?”