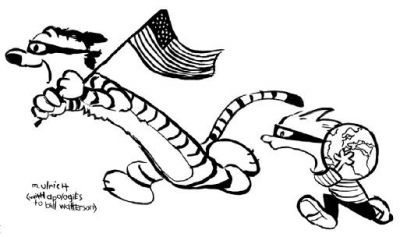 UNITED NATIONS, N.Y.—The United States is circulating a draft of a U.N. Security Council resolution that would endorse the interdiction of any ship, plane or train suspected of transporting weapons of mass destruction or related materials.

The draft resolution would declare that countries have the responsibility to prevent the passage of those carriers.

Adoption would represent a U.N.-sanctioned breach of customary law of the sea, which grants all ships the right to passage on the high seas.

This principle of free passage on the high seas was challenged back in December 2002, when Spanish ships, acting with intelligence provided by the United States, stopped a North Korean vessel in the Indian Ocean and discovered SCUD missiles aboard.

Authorities in Yemen held that the SCUD missiles were not illegal and that Yemen had a valid contract with North Korea for their purchase and delivery. Spain allowed the ship to continue its voyage to Yemen.

For the moment, the U.S. draft resolution is being circulated only to the other permanent members of the Security Council – China, France, Russia and the United Kingdom.

The introduction of the resolution under the banner of “P5 unity” would enhance the likelihood of its passage – and test yet again the U.N.’s ability to uphold international law.

Since the United Nations proved unable to prevent a war of aggression against Iraq last year, U.N. advocates have been hard pressed to assert its efficacy and independence from the United States.

Far from maintaining itself as the authoritative body charged with upholding international law in the interests of “We, the peoples,” the United Nations found itself with scarcely an argument against the thousands of people at the recent World Social Forum in Mumbai wielding placards reading, “The U.N.: A U.S.-eless body.”

The resolution in question is faulty on other counts. It would once again scrutinize WMD in the hands of certain nations, without a mention of the obligation of states that possess nuclear weapons to get rid of them. It fails to acknowledge that the very existence of nuclear weapons threatens others, who may feel their best defense is to seek their own nuclear weapons.

As it turns out, international law can be useful in legitimizing the United States’ empire-building agenda. Other times, it can be just an impediment.

The body of law that prohibited Iraq from developing weapons of mass destruction came in handy when the United States was seeking to attack and re-colonize it last year. But the same body of law – including the U.N. Charter – also created a legal obstacle to the U.S. invasion.

That time, the United States deemed international law inconvenient, and simply ignored it.

But, in the case of WMD proliferation, the United States knows it cannot just ignore international law. So a much more suitable solution has been found to circumvent it.

With that in mind, the United States created the Proliferation Security Initiative last May. Under the Initiative, eleven mostly Western countries endowed themselves with the right to interdict ships, planes, trains or other carriers “suspected” of carrying WMD. If the pilots, drivers or conductors refuse to submit to inspection, the signatories of the Initiative’s Statement of Interdiction Principles state that they will “escort down” the carrier.

As far as countries considering the Initiative, such as France, Germany and Russia, many remain dubious as to its legitimacy. What constitutes “suspect” carriers?

And who says so? What represents “proliferation” and what signifies legal sales of arms in the name of national security?

Whose authority will be respected enough to justify “escorting down” a plane? And what about the law of the sea?

If passed, the resolution would not only sustain the Proliferation Initiative, it would arm the U.S. with the legal justification for interdicting any ship, plane or train that it deemed “suspect” of carrying WMD. And the Security Council would be striking at standing international law, further weakening U.N. credibility.

In the classic comic strip, “Calvin and Hobbes,” a little boy named Calvin often plays “Calvinball” with his best friend and stuffed tiger Hobbes. The joy of Calvinball is that the two players are able to make up the rules as they go along to whatever suits their advantage. With every play there is a new rule, which, if well-argued, can override or supercede the previously agreed upon rules.

But in the international game of Calvinball, and the U.S.-dominated world of missile sales, nuclear weapons and preventive war, the stakes are too high for the Council to play games.