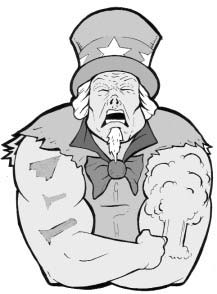 By Indypendent Staff  Hopes for implementing the 1968 nuclear Non-Proliferation Treaty (NPT) dimmed significantly after a key preparatory conference reviewing the treaty in 2005 ended in a stalemate between the United States and non-nuclear powers.

The meeting in New York from April 26 to May 7, 2004 was unable to agree on procedures, agenda, or recommendations for next year’s review. In article VI of the NPT, the nuclearweapon states – the U.S., Russia, United Kingdom, France, and China – agreed to negotiate in good faith towards the total elimination of nuclear weapons. That key provision continues to be strenuously resisted by the U.S., in particular.

As a group, however, “the most powerful states are acting as though they have no intention of fulfilling their side of the NPT bargain in which those possessing nuclear weapons agreed to negotiate their elimination in return for the nonnuclear states not acquiring nuclear weapons,” said Douglas Roche, a former Canadian delegate. Negotiations at the preparatory conference were tense, with delegates and non-governmental organizations (NGOs) repeatedly noting that the NPT is threatened, as are many other international agreements. Further, many were wondering if international cooperation and diplomacy through international institutions will survive the actions of the single superpower.

During the negotiations, there was a clear stand-off between the U.S. and other parties to the NPT. The U.S. disagreed with most nonnuclear-armed states on the requirement to disarm, compliance with all articles of the treaty and whether to use previous NPT review agreements in 2005. The U.S. used much of its time to accuse Iran of non-compliance, while some countries accused the U.S. of non-compliance.

Some NGOs pointed out that the U.S. is violating the NPT by engaging in vertical proliferation—developing new nuclear weapons, technologies, and capabilities. Algeria, Brazil, Cuba, and Iran expressed concern over military doctrines that continue to assert the role of nuclear weapons.

Non-nuclear-weapon states asked that disarmament and assurances that nuclear weapons will not be used against them take precedence at next year’s review. The U.S. took a hard-line position against both proposals. Parties to the NPT noted that without the fulfillment of article VI over time the treaty, in which non-proliferation and disarmament were mutually interdependent and reinforcing, would lose its true value. They also noted that the goal of nuclear disarmament could best be achieved through a series of “balanced, incremental, and reinforcing steps to ensure irreversibility.”

Delegates from many nations expressed continued disappointment over the lack of progress made in the implementation of the practical steps for systematic and progressive efforts to implement article VI. Paragraph 15 of the final document of the 2000 NPT review conference set out practical steps to nuclear disarmament.

These included the importance and urgency of signatures and ratifications “to achieve the early entry into force of the Comprehensive Test Ban Treaty (CTBT); the necessity of negotiations in the U.N. Conference on Disarmament “on a non-discriminatory, multilateral and internationally and effectively verifiable treaty banning the production of fissile material for nuclear weapons;” the necessity of establishing in the Conference on Disarmament a subsidiary body to deal with nuclear disarmament. In 1999, the U.S. Senate rejected ratification of the CTBT, making it the only legislative body to do so. The Conference on Disarmament ended its first session earlier this year without agreement on a program of work.