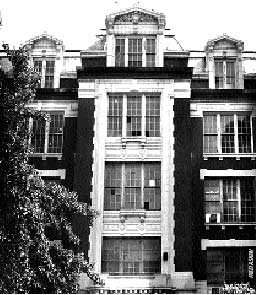 The latest skirmish between Singer and Lower East Side activists was initiated on April 16 when Singer and the non-profit, the National Development Council (NDC), announced plans to demolish the six-story building at 605 E. 9th St. that housed CHARAS/ El Bohio and replace it with a dormitory tower. The dorms would provide housing, complete with amenities, at market rate rents, for as many as 800 students at more than 40 universities in New York City.

However, dorm opponents quickly began organizing. NDC was bombarded with messages and has quietly stepped back from the project, according to State Assemblyman Steve Saunders and several community activists. Meanwhile, Sanders and State Senator Martin Connor, both of whom represent the Lower East Side, announced they would not support tax-exempt Dormitory Authority bonds for the $100 million project.  Sanders chairs the Assembly’s Education Committee, which authorizes the bonds.  “The only kind of proposal I will accept must adhere to three standards,” said Sanders.  “It must be approved by Community Board 3, it must be supported by Margarita Lopez, and it must be used as CHARAS/El Bohio Community Center.”

Lopez, a longtime community activist before joining City Council, recently filed a letter with the Landmarks Preservation Commission requesting that the building be designated a city landmark. Such a designation would give the community greater leverage to fight Singer’s future proposals.  Singer says he is exasperated with Lopez.  “Many non-profits have been approved,” he told The Indypendent. “But Margarita threatens to give them no city funding, so they drop the project.”

Singer vowed to find a non-profit powerful enough to withstand pressure from Lopez and the community.

Formerly P.S. 64, the turn-of-the-century school building was abandoned by the early 1970s. CHARAS and other groups such as the Lower East Side Joint Planning Council and Adopt a Building began fixing up the structure in 1978. Over the next two decades, it evolved into a full-fledged community center, offering language and art classes, rehearsal space, meeting space, and various community activities.  Singer acquired the building with the support of Mayor Rudolph Giuliani in 1998 for $3.15 million despite the vehement opposition of community groups.  After three more years of legal wrangling, CHARAS was evicted in December 2001.  The building remains vacant while a much smaller CHARAS has moved to a space in East Harlem where it offers computer training and English as a Second Language courses. Community activists say the solution is simple: return CHARAS to its former home.

“We considered it [CHARAS/El Bohio] the heart and soul of our community,” said Barbara Caparelle, a member of Good Ole Lower East Side, a neighborhood group that has battled Singer for years. “When it was auctioned off, it really rocked my world. I really felt like my heart was ripped out.”