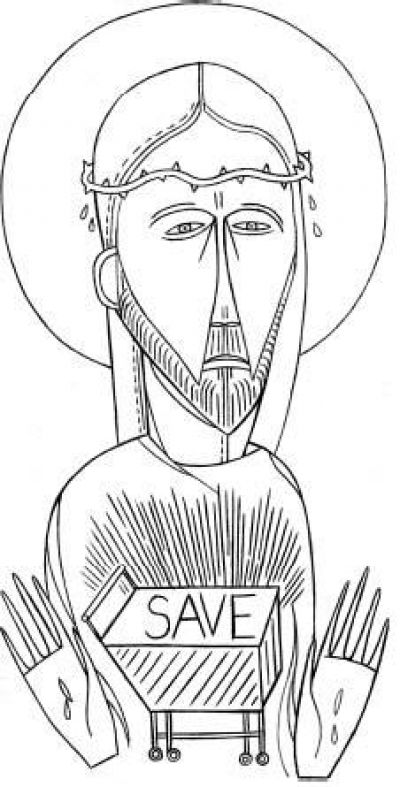 MARION, Indiana—A Sunday evening downpour didn’t vanquish spirits at Sunnycrest Baptist Church in Marion, as a new pastor arrived in town to deliver the New Year’s sermon, “Success Is a Choice.” In a church filled with hundreds of worshippers, multiple screens for the PowerPoint version of the sermon, and a two-story camera crane to broadcast the service on local cable TV, the pastor exhorted his flock to turn to Jesus for success.

By this measure, success is to be found in almost every neighborhood and on almost every street corner in Marion. Multiple signs advertise “fellowship” and ministries of every evangelical shade.

But Marion, a working-class town of 25,000 a hour northeast of Indianapolis, is demolishing abandoned homes at a record clip as the population declines and homeowners default on mortgages. The city is also struggling to lease out empty factories while confronting tight budgets for schools and other basic services.

Once driven by mom-and-pop shops and union factory jobs, Marion’s future seems to be big Christianity and big retail.

The town square stands half empty or half full, depending on whom you ask, while the highway on the outskirts of town is lined with chain stores, including the king of low prices and low wages, Wal-Mart.

“I think the future is pretty good. There’s a collection agency moving into the square,” says Keith Alabach, executive director of Crisis Pregnancy Center, located on the square. “A major source of our funding is through the church.”

After pitting other Indiana counties against one another, Wal-Mart is expected to announce soon that it will open a large distribution center near Marion that will employ hundreds. Marion and local leaders are also optimistic about the rapidly growing Indiana Wesleyan University, which was ranked along with Jerry Falwell’s Liberty University as one of the nation’s top conservative colleges. Local leaders expect the college to hire more people in the years to come.

“I don’t think we will ever see the manufacturing base we once had. I think you’ll see more service-sector and distribution-warehouse jobs,” says Grant County Republican Chairman David Murrell. “We have two Christian universities – Taylor and Indiana Wesleyan. They’ve [Wesleyan] gotten really big, really quick.”

As big Christianity moves up, big manufacturing moves out of Grant County, in which Marion is located. Last spring, hundreds of union workers at the Thomson/RCA electronics plant showed up for work only to be told it would be their last day: the factory was closing immediately.

Today, the only workers left in the facility are security and contractors taking apart the machinery to be shipped to other factories throughout the world.

The effects of neo-liberal trade agreements, the globalization of capital and a race to the bottom on labor costs have caused a long list of Marion’s factories to shut down. One of the remaining unionized factories is the Atlas cast-iron foundry, started in 1893 by the Gartland family, which still owns and operates it. Atlas survives by picking up work that closed American foundries leave behind and by finding specialized market niches.

“We don’t compete with China,” says foundry owner James Gartland. Atlas employs around 100 people and has lost much of its work to China, lured there by cheap labor and lax environmental enforcement. “To move things would cost a lot and the capital is here, so we stay,” he says. “We also have a good workforce.”

Gartland’s brand of small-scale, local capitalism is dying. His brand of capitalism clashes with the Republican far-right, which espouses pro-big-business free-market policies. These same policies have bled manufacturing orders and millions of jobs from America towns and cities.

Inside the foundry, union workers arrive before sunrise to pour molten iron from a large furnace into vats transported on rails hanging from the ceilings. The iron is poured into molding machines that produce pumps, valves and special-order stadium seat components. The glow of molten metal illuminates soot-covered faces. The roar of the machines is overwhelming.

“It’s a shame the economy is so bad, and the chance of organizing these new jobs like Wal-Mart is slim to none,” says Atlas foundry worker Terry Beaty and vice-president of Steelworkers Local 466. Beaty is sitting in the union office, soot ringing his eyes and industrial-strength safety glasses resting on top of his head.

So how did Marion and Grant County respond to massive job loss and deindustrialization? They voted for “values.” Bush garnered 69 percent of the tally here, and voters put the city, county and state governments firmly in the hands of the GOP – the party of big business and tax cuts for the rich.

“I don’t understand these Christian issues,” says Local 466 president Gene Grant, another foundry worker. “To me, the issue is how do you make a living?”

At the bar, Jane Tucker talked about being laid off from her job in the retail sector and about her brother, an army recruiter in Kentucky. She expects that he will go to the Middle East when his recruiting position ends.

“I’m proud of him, it is his career and I support him, though it seems senseless that we are even there. What are we fighting for?” says Tucker.

Someone left a copy of Marion’s newspaper on a table in the bar. Inside it, a story detailed how a soldier’s trip back to the area for the holidays was cut short because he got called to go to Iraq. The family of the soldier was collecting money to visit him in California before he shipped out.