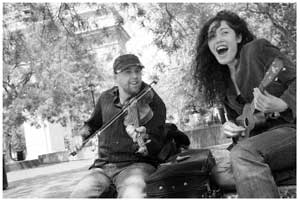 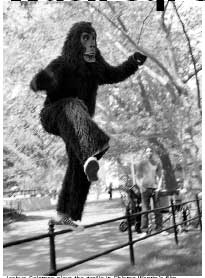 A plan by the city’s Department of Parks and Recreation to redesign Washington Square Park has passed a series of hurdles recently, but continues to draw heavy opposition from the Greenwich Village community – from Councilmember Alan Gerson to the “mound people,” who are trying to save the park’s cracked asphalt mounds.

In the plan, which was approved by the city Landmarks Commission on May 17 and by community Board 2 in April, the park’s sunken fountain would be moved 23 feet, the performance space in the southeast would be replaced by a lawn, two dog runs would be moved and enlarged, three asphalt mounds would be flattened, and a fence of granite and wrought iron would encircle the perimeter of the iconic park. The renovations are expected to take from two to three years.

The $16 million project is set to begin in the fall, and Gerson speculates that the final plan should be ready in a few weeks – including allocation of initial funding, plan design changes and a timeline for the project. But he warns that he will get city funding withheld if his constituents’ demands are not met.

“I’ve communicated to the Parks Department that if our needs are not satisfied, there will be no public funds for the park,” Gerson says.

The changes he envisions are having either no fence or a low fence; adding more space for preteen kids; preserving the central space for hanging out and impromptu performing; improving the dog runs, chess-table area and walkways; and, finally, preserving the park as a public space.

The 9.75-acre park has long been a center of dissent as well as a place of refuge and relaxation for many who live in the Village, and a place to hang out for the thousands of people who visit the neighborhood every day. But many fear that if the renovation is carried out, construction sites, the fence and the impact of private funding may disrupt the 179-year-old park’s openness forever.

DON’T FENCE US IN

“This is the transformation of Washington Square Park into either an endless construction zone or a semi-privatized viewing garden,” said Jonathan Greenburg, a leader of the opposition to the plan. “When you create a reliance on additional funding, you are making a new class of donors to account for that money, and they may form a conservancy – such as in the case of Central Park – and institute changes to the park’s use. We are trying to keep this a public park.”

Greenburg and others have formed an increasingly influential coalition against the proposed changes called the Open Washington Square Park Coalition (openwsp.com). Most recently, they lobbiedsuccessfully against the installation of a wrought-iron gate that would lock the park at night. But Greenburg suggests that the fence around the park is a more important issue than the gates.

Chief project designer George Vellonikas suggests that the fence will not affect the neighborhood or even draw much attention. “The fence will be 3 feet 10 inches. I don’t think it will have an impact on the surrounding area at all,” he says. But he admits that a concrete foundation on the sidewalk side of the fence will increase its height to 4 feet 4 inches.

Greenburg argues that the fence will block off the park from those who use it, that increasing green space will limit the public’s ability to hold large gatherings and demonstrations, and that private funding will lead to private control.

The group also says that the Parks Department and several members of Community Board 2 have alienated members of the local community by designing changes to the park in secret and without community approval.

“The plan itself is pretty far along,” says Greenburg. “But it was only there for public viewing for three months. The plan has been worked on in secret for two years.”

Aubrey Lees, who will step down as chair of Community Board 2 in June, says that although an outline of the plan had been around for several years, she did not see the plans until December, when funding became available. She feels the community has had ample time to offer its input. “It was a Parks Department plan that had community input a teeny bit, but when the community saw it then there were changes made to the plan,” Lees says.

Another issue is the fate of the “teen plaza,” the public stage in the southeast part of the park. The renovation would demolish it, and performers would need a permit to use a temporary stage that would be assembled for each use. That would mean impromptu performances would be cut drastically, says CB2 member Doris Diether. “If they have to bring in the stage every time, it will cut down on the public’s ability to use it for little concerts,” she explains. “They didn’t say that was the plan, but there is a sneaking suspicion.”