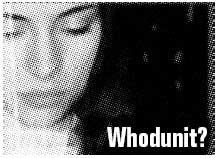 Unlike her Biblical namesake, 16-year-old Maria – a Latina immigrant to Queens – is certifiably not a virgin. Immaculate Perception is a short poetic film that explores the all-too-common, but profound, conundrum facing young women who find themselves pregnant. Director Mario Pinzon edits dreamlike cadences with a powerful grasp of color, texture and the semiotics of innocence.

The viewer joins Maria in the liminal ground between the miraculous ecstasy of an expectant mother and the horror of the shame and exile brought upon her by her unwed status. Maria’s inability or unwillingness to deal with love and sex as a sin manifests through her total denial of having had sex. This is a difficult point to grasp in the film’s plot, especially as she tries to convince her handsome boyfriend, Jose, that she has had an immaculate conception. “Then who?” he asks her. “No one, I don’t know,” she answers, and it’s left at that.

The filmmaker defines Maria’s innocence cinematographically, silhouetting her long hair and Catholic schoolgirl’s uniform against rough graffitied concrete. She shares this uniform with her younger sister, but shares her full lips and beauty with her voluptuous and pregnant cousin. The images of white doves and white lilies are easy, unchallenging metaphors, but Pinzon uses them in a noble effort to tell the story emotionally and nonverbally rather than clinically.