On January 7th, 2005, I was filming from the window of an Amtrak train going from New York to Washington D.C., and my film was confiscated by police, due to supposed national security concerns.

I’d been shooting in 16mm, using an old, hand-wound Bolex. I was filming the passing landscape as I’ve often done over the past 15 years. I cannot pre-plan and attempt to obtain permits every time that I shoot; it is an inherently spontaneous act done in response to daily life and unannounced events. 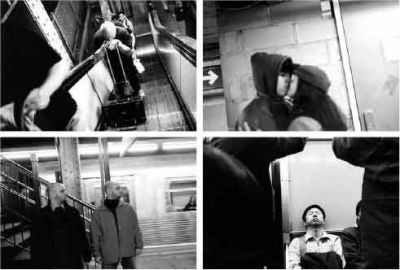 I believe that it is the work and responsibility of artists to create such a record, so that we can better understand, and future generations can know, how we lived, what we build, what changes, and what disappears. Street shooting is one of the cornerstones of photography itself, and it is facing serious new threats, some declared, many not.

In New York, the MTA recently sought to forbid all unpermitted photography of and from its trains and subways. (After a public outcry and work by the New York Civil Liberties Union, which is also assisting with my case, they have decided to back down.)

Does stopping us from photographing a bridge make us safer when anybody can search the internet and see countless photographs of the same bridge? Are all of those photographs to be somehow suppressed? Given that anyone can purchase a hidden camera device with a lens the size of a shirt button, are the people openly taking pictures such an actual threat? What about all of those cell phones with cameras?

Under the rubric of an endless “war on terror,” we are seeing the denigration of due process, free speech, and the right to privacy, which are crucial safeguards of a free and democratic society.