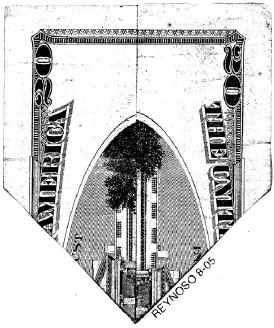 Haven’t you heard the whispers? In the background, hands cup a tunnel between ear and mouth. A secret map is told to the listener, one that explains the chaos of this world, one that connects random signs into a grand narrative. Yet the secret of conspiracy theories, especially on the left, is that they do not challenge the order of things but plead for its return, thus exposing the latent racism of the left.

Why is this so? Repeating rumors on conspiracy web-sites reinforces a flawed notion of the infallibility of power. When the planes went astray, why didn’t Air Force radars pick them up? When the planes were hijacked, why didn’t they land by automatic pilot? If the towers were so strong, how could a fire cause their collapse? The questions are less questions than the repeated hope that power can rescue us from random chance and human error.

Contrast this with the image of power in the movie Airplane. In it, the heroic couple of a pilotless jet save everyone by inflating a blow-up doll who lands the plane, while protagonist and girlfriend make out in the cockpit. The doll is the perfect symbol of the dumb blindness of the law, behind whose back the couple enjoy each other. Is this not how we live? On the job or in our love lives, we search for secret times to dawdle and day-dream and cheat. We can because the law is an empty place that can never completely control us. A secret place exists inside us that we keep from others and from ourselves.

So although saying that 9/11 was an inside job sounds like a radical challenge to state power, it actually is a form of reverse patriotism. The accusation calls out of hiding a puppetmaster whose strings are the web we live in. He is seen everywhere because he can’t be found anywhere, and his presence must be manufactured to hold off the deeper terror of life’s absurdity.

An example of this is the scene in Fahrenheit 9/11 of President Bush receiving the news of planes hitting the Twin Towers.

Often it is read as a member of the Illuminati hearing a well thoughtout-plan unfolding. I oppose Bush utterly, but to me he remains a flawed human being, and in those recorded moments I don’t see the Illuminati but a stunned and scared man rocking in disbelief.

What kind of patriots are conspiracy theorists? If they want the comfort of knowing someone is in control we should examine the images of that secret control. Often it shows a racist thread, in that whether the conspirators are the Elders of Zion or the CIA or the Freemasons, what is silently assumed is the inability of people of color to be historical agents. Only the superior, if shadowy intelligence of the West can be the cause of change.

Conspiracy theorists forget the lesson at the end of every Scooby-Doo episode – that the villain is never a monster but a tired, vindictive, slightly pedophilic-looking man. Once the mask is taken off we see an all-toohuman figure. The same was obvious in The Wizard of Oz, when Dorothy pulled back the curtains and found a befuddled man moving gears and amplifying his voice.

I remember a friend folding a twenty-dollar bill. “See,” he said, “On one side the Pentagon burns and the other,” he flipped it, “are the Twin Towers.” I wanted to tell him that the only conspiracy here is the conspiracy of the hope that money and power are more real than our freedom to create the world anew.