Overworked, underpaid, and exhausted, millions of New Yorkers invariably begin their day with a substantial cup of coffee, yet few of us recognize the conditions and systems that provide this beverage.

Global overproduction of this commodity has skyrocketed in response to structural adjustment policies imposed by the International Monetary Fund and the World Bank in Latin American and Southeast Asian countries. Those policies have resulted in a significant decline in coffee prices over the past 10 years.

Specialty coffees, for example, have lost more than half their price per pound since 1998. According to Oxfam USA, coffee farmers receive 21 cents for each pound they produce, while a living wage would be around $1.96 per pound. Major brands of coffee such as Folgers, Kraft, and Nestle sell the coffee for about $1.44/lb. wholesale and $3.96/lb. retail. These players have done nothing to acknowledge the poverty they foster.

With “fair trade” coffee, growers receive $1.96 for a pound of coffee. The middlemen, monitored by Transfair USA, willingly accrue a lower profit margin, and shoppers pay a little extra. Starbucks has acceded to activist pressure and offers a fair-trade line of coffee, but it is not available by the cup. (It also seems counterproductive to buy fair-trade coffee from a company that otherwise exploits its workers.)

The Cost of Cocoa

One of America’s favorite comfort drinks offers little comfort to child slaves in the Ivory Coast region of Africa.

In countries such as Ghana, where 40 percent of export revenues come from the sale of cocoa, farmers receive about one cent for every 60-cent chocolate bar sold in the U.S. The difficulty of making a living in cocoa farming has generated a child-labor market, using kids from neighboring Mali, Burkina Faso, Benin, and Togo.

As it takes 400 cocoa pods to produce just one pound of chocolate, children and other workers are forced to work long days picking and processing cocoa beans, making school attendance impossible.

Many children go through life harvesting cocoa without ever tasting chocolate, which they cannot afford on their meager wages. Fair-trade chocolate may cost a little more, but it is produced without child labor, and with higher wages. Mars, Hershey, and every other major chocolate manufacturer have failed to make a commitment to producing fair-trade chocolate. 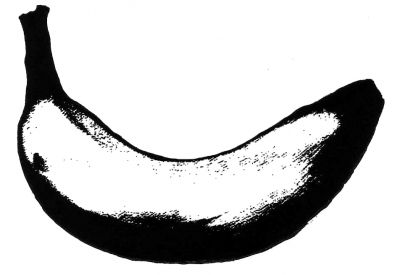 Bananas are the most profitable export fruit on the planet. Approximately 10 million people in 25 tropical countries depend on banana farming for their livelihood.

More than 80 percent of the world’s banana trade is controlled by five corporations: Del Monte, Chiquita, Dole Foods, Fyffes Banana and Noboa/Bonita. Prices have fallen by 40 percent in the past six years, forcing many farms to cut wages and benefits.

Workers at Chiquita are forbidden to form unions or even soccer teams. Cheap, conventional bananas are grown as monocrops, making them far more susceptible to disease, which leads to the use of large amounts of pesticides. Exposure to these chemicals has been linked with sterility in male workers and increased cancer rates in communities near the plantations, which drink from pesticide contaminated water.

Fair-trade fruit provides a seasonal alternative to unethical harvests. To obtain fair-trade certification, banana plantations must adhere to strict pesticide guidelines and create an organization that represents the workers to management and shares the premium generated by fair-trade sales.