The overwhelming majority of protests during the Republican National Convention were peaceful, but the police were not. More than 1,800 people were arrested. Police officers on motor scooters and horseback rode into peaceful groups of protesters. Police officers in riot gear forced their way through crowds as helicopters flew overhead. Police officers with dogs reminiscent of those used at 1960s civilrights protests in the South were seen at numerous locations in lower Manhattan. Plastic netting was used to corral protesters and bystanders alike.

There were many reports of people violently taken down and injured, even though they did not resist arrest. Those
arrested were crowded in pens in an abandoned bus garage on the far West Side, and held for hours without food, water or bathroom breaks in a building soaked with used motor oil and other toxic substances. Some of them were denied their medications. Many were held for periods far exceeding the 24 hours allowed by law, despite a judge’s order.

In at least one case, police presented doctored videotapes in court as evidence against some protesters, only to back down when other videographers produced evidence that exposed the fabrication

Mayor Michael Bloomberg’s administration has not announced any investigation into who produced the false videotape. The mayor has vocally supported the police tactics and methods used during the RNC.

Why, then, have the mayor and Police Commissioner Raymond Kelly not been held responsible? It has been virtually impossible to find any reporting on who approved those tactics and actions. Why haven’t the Democratic candidates for mayor made the violations of civil rights an issue?

We often hear that single-issue voting is unwise. There are some issues that are just plain deal-breakers, however. For me, as a member of a minority group, and as a victim of police and judicial abuse of power, abuse of authority is always a deal-breaker. 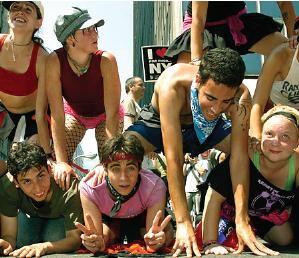 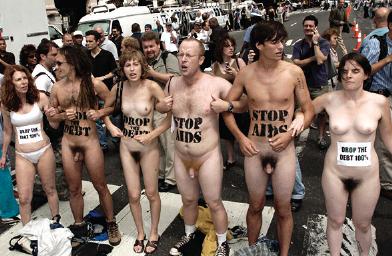