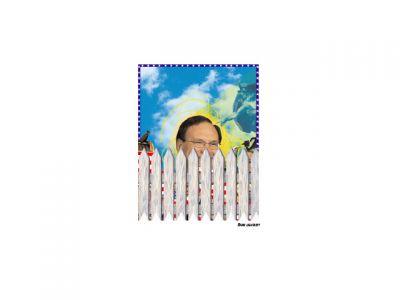 The extreme right has fought for the right to torture me, to spy on me without warrant, and to take away my right to govern my own body. Privacy has come under attack in the United States and so will Roe v. Wade if Samuel Alito is confirmed as a Supreme Court justice.

Alito has and will continue to carry out a reactionary moral vision. He has ruled that women do not have a right to make their own decisions about their bodies without a husband’s consent, and in 1985, he stated that the Constitution does not protect a woman’s right to obtain an abortion.

The rise in teen pregnancy and STD infections among young women, which are a direct result of federal abstinence-only programs, has taught me that if I engage in premarital sex I deserve what’s coming to me. If I am underage, I could be forced to get court or parental approval before getting an abortion. This could dissuade me from getting an abortion, or this scarlet letter pinning will enshroud me in shame and guilt. Either way, the far right will press its agenda through stripping away my privacy rights. It is easier to criminalize acts that are shrouded in shame and easier to take away the rights of those perceived as criminals.

Roe v. Wade was grounded in the Fourth Amendment and its protections of personal privacy. It was an extension of other rulings that protect the right to refuse medical treatment and the freedom to resist government search and seizure. In 1891, the Supreme Court ruled that, “No right is held more sacred… than the right of every individual to the possession and control of his own person, free from all restraint or interference of others.”

Right now, the Supreme Court is deciding whether to hear an appeal of the decisions on the Partial Birth Abortion Ban. This ban was signed into law by President Bush in 2003 as a gesture to the religious right. This ban has been blocked through lawsuits citing its unconstitutional lack of exception for woman’s health or severe fetal abnormalities. The appeal (Gonzales v. Carhart) could come before Alito if he is confirmed. If the appeal is successful and the ban is implemented, it will set a legal precedent for future restriction on Roe v. Wade.

The fight to block Alito’s nomination will only be successful if opposition focuses on his devotion to the extreme right and its far-reaching, repressive agenda.