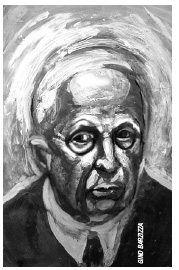 TEL AVIV—If Ariel Sharon ran for prime minister today, at the age of 78, from his deathbed, he would still win by a landslide. Most Israelis crave a father, a strong leader to guide us out of darkness. The fact that this person left such a mess behind him – a middle class without jobs, a country in constant conflict, rising crime rate, bad education on all levels, corruption, unprecedented violence on the streets – doesn’t make a difference.

I look around and can’t find a reasonable explanation. Riding on the bus recently, two tall, thin men stood up and asked the passengers to pray for Sharon’s health. “Everybody loves him!” The first man said. “Show me one person who doesn’t, I’ll cut off his head.” An old lady sitting next to me says she was always pro-Sharon, until he said we shouldn’t be occupying another nation. Since then she hates him. Everybody has something to say, none of which is rational. It’s all about feelings.

Most disturbing is the idea that Sharon was struck down by God. “Whenever a leader here starts a peace process of some sort, he’s shot,” People will say. “Sadat was shot. Then Rabin. Now Sharon, well, kinda.”

Students I teach cite an uncertain future as the reason they are reluctant to do anything about their life. They don’t want to hear about the occupation, or the social situation. They have no solid ground to hold on to in order to talk about others. It is easier for everybody to discuss whether or not Sharon will live or die, or who will succeed him, rather than talk about the main issues that trouble Israeli society at the beginning of the 21st century.

Yoni Mishal teaches at the Beit Berl School of Fine Arts in Tel Aviv and is a photographer for Israel Indymedia.