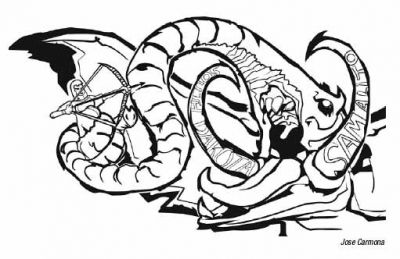 With the recent enactment of a South Dakota law banning all abortions except to save the life of the woman, the fight to overturn Roe v. Wade and end all abortions is very real and it is now well under way.

And, to make things worse, wily conservatives, determined to wage and win the war against women, haven’t pinned their plan on South Dakota alone; in 16 other states they are pushing laws on the books or bills under consideration that are similar to the law in South Dakota.

But not every conservative wants an immediate challenge to Roe in the Supreme Court. Some want to continue pursuing the strategy that has been successful so far – and has made access more and more difficult. This is especially true in rural states like South Dakota and Mississippi, where the lone clinic in each state already has to fly
doctors in to perform abortions. Here’s an excerpt from a recent editorial in the National Review:

“Pro-lifers have gained ground over the last decade and a half by pursuing a savvy incremental strategy. That strategy puts the end of Roe within sight. If Roe falls, pro-lifers should then try to persuade the public in each state to prohibit most abortions. After that, they should try to persuade them to prohibit abortion in the case of rape and
incest. To try to collapse this multi-stage process into an instant is to ignore social and political circumstances, and to throw away patiently and painfully won political victories for the sake of an emotional gesture.”

Laws like the one in South Dakota, without an exception for the health of the woman, have been overturned time and
again by a Supreme Court with O’Connor on the bench. But O’Connor is gone, and our rights may follow because the right has gotten its way.

Need more proof that the radical right is pulling all the strings? Read Sam Alito’s letter to Focus on the Family President James Dobson, reported by the Associated Press:

“This is just a short note to express my heartfelt thanks to you and the entire staff of Focus on the Family for your help and support during the past few challenging months,” Alito wrote. “As long as I serve on the Supreme Court I will keep in mind the trust that has been placed in me.”

What ever happened to an “independent judiciary”? I can’t decide what’s more frightening: that a Supreme Court justice wrote such a grossly inappropriate letter or that it hasn’t resulted in an outcry. Like every other piece of news that gives me the chills, this has been largely brushed under the rug and I am fuming.

Kim Gandy is the president of the National Organization for Women. The original version appeared at www.now.org.