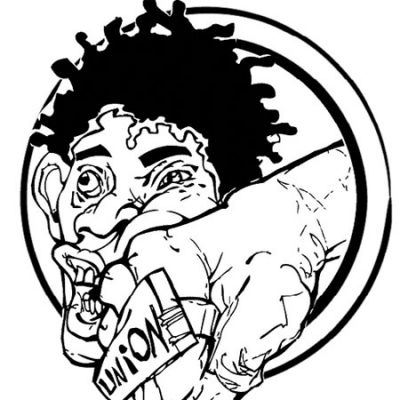 Greg Butler is a thinking man. As the sun gazes through the ferns of his West Harlem apartment, you can see that he’s at home in his study, armchair facing the computer and hundreds of tomes weighing down the wooden bookcase, Butler is more than happy to roll off facts, dates and personalities involving labor history. But he doesn’t carry a rarefied or distanced manner; in the midst of a story he’ll roll off a laugh so loud it puts you at ease. Perhaps in another life he would have been a professor at City College, which towers across the street. For now he’s happy to be a self-cultivated intellectual with the publication of his first book, Disunited Brotherhoods: Race, Racketeering and Fall of the New York Construction Trades under his belt.

A native New Yorker, growing up in a bi-racial/left wing family, Butler always had a deep respect for blue-collar work. After working a number of factory jobs, he heard about an opening in the carpenters union. He entered the apprentice program in hopes of making a decent living. He soon found out otherwise. “There are two unions” Butler says. “The one where a very tiny minority gets all the available work and the other union where 80 percent spend most of the year laid off.”

Seeing his laid-off brothers and sisters (who were mostly of color) inspired Butler to activism, notably writing. A Communist Party (CP) member at the time, he approached the CP about a shop newsletter on carpenter politics. The CP rebuffed him fearing accusations of being anti-union.”The left tends to be uncritical of unions” Butler observes “But what they were saying and what I was seeing was two different things.”

A man of action, Butler launched his own list-serve called Gangbox: Workers News Service (A gangbox is where carpenters store their tools). Since the list-serve inception in 1999 it has grown to over 650 subscribers, receives 2,000 hits per month and has even been circulated at job sites.

Despite this contribution, African-Americans and other people of color were always barred from trade unions. During most of the 20th Century, construction unions in New York were 95 percent white. Indeed, when the Plumbers union was forced to take in Black and Latin apprentices in 1968 it called a citywide strike.

The construction unions were also a bastion of reaction in the city; President Nixon embraced construction workers who beat up antiwar protesters at the foot of Wall Street in the i n f a m o u s “Hardhat Riots” four days after the shootings at Kent State in May 1970. This had led many on the left to describe construction workers as brought off bigoted Archie Bunker types. Butler paints a different picture as Black communists and revolutionary nationalists, inspired by civil rights and urban rebellions began to take on the power of the unions.

Groups like Harlem Fightback organized school buses of unemployed workers to desegregate construction sites by any means necessary. Fighting pitched battles with baseball bats and metal pipes, these activists forced then Mayor John Lindsay to call for the inclusion of more women and people of color in the trades.

The results were astounding; within a 20-year period the construction trade went from being all-white to majority people of color. Still, the fiscal crisis of the 1970s slowed the process of change. When rent-control laws were weakened, landlords realized they could make more money if they forced residents out and rent the apartments at market rate. This meant arson on a mass scale. Over half of New York’s apartment stock was burnt to the ground. In order to save money, the city (pressured by landlords) began to allow for the contracting of non-union labor, paid under the table, with no benefits “It got so bad that firms provided lunch because the workers couldn’t afford to eat out” Butler says.

The weakening of the New York construction unions has not left Butler in despair. He hopes that a movement will develop from below, adopting the same direct-action tactics that brought about radical changes in the 1960s. “I think we can learn a lot from the immigrant marches this past spring. I think that’s the future of our movement.”

For now, Butler is concentrating on his next book Lost Towers, an expose of the World Trade Center clean-up. Despite the positive reception he has received at readings for Disunited Brotherhoods, Butler doesn’t consider himself a working-class hero “I just want to tell the untold story; we always hear about the pharaoh, now let’s hear about the stone mason.”