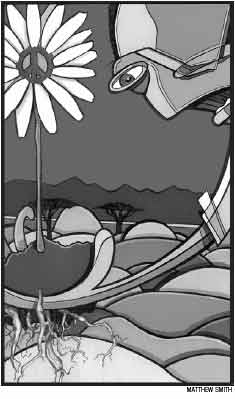 BUJUMBURA, Burundi—Looking at a map of the world you almost feel you can fit Burundi in the palm of your hand. Small, fragile, breakable, an Easter egg dipped by clumsy child-hands into dyes of uneven rainbow colors. Burundi: a baby bird still unable to fly. As if there is a risk of death at any moment. As if there is a chance it will blossom unimaginably.

Jean-Marie and I are standing near a map of Burundi when I ask where he is from. His fingers trail down the map as he talks.

“I am from Bubanza but I fled when I was 15. My whole family was killed. I was right there in the house when they killed them. This was the night in 1993 that President Ndadaye was assassinated, when mobs took to the streets and massacred the Tutsi civilians they held responsible, even if their victims, like my parents, knew nothing of politics. I escaped into the darkness, ran through the night along the banks of the river, was eventually picked up by the military and brought to safety with an aunt in Bujumbura. I no longer go back to my village; if I were to go, I would find no family there.”

Jean-Marie now works as a mediator with the African Centre for the Constructive Resolution of Disputes (ACCORD), while finishing his thesis in psychology on the treatment of war-traumatized youth.

ACCORD is a South African based non-governmental organization (NGO) where I am interning this summer, and its Burundi office conducts conflict resolution and mediation trainings for government officials and civil society. It also runs legal clinics providing advice and mediation services, largely addressing land disputes that stem from Burundi’s successive waves of refugee outflows and returns.

Most of Burundi’s refugees left in 1972, when the military, then a tool of the Tutsi elite, massacred over 100,000 Hutus in response to a Hutu uprising. Others left during the 1993 massacres, when it was mostly Tutsis who were targeted. Most began to come back in 2003 after the majority of warring parties signed a peace agreement.

Most of the time Burundi, proudly known here as “the heart of Africa,” feels like a country at peace, a fragile peace. I attended a conference on economic development at which government corruption emerged as a topic of concern. The young Burundian banker I sat next to at lunch told me that in his estimation it’s not President Nkurunziza himself who is corrupt, but the people around him. “Why doesn’t he fire them, then?” I ask.

“Because then they will kill him,” the banker says matter-of-factly.

In March the United Nations and the Burundian government met to discuss the establishment of a Truth and Reconciliation Commission and a Special Tribunal for prosecuting genocide, war crimes and crimes against humanity.

The process sounds good in theory, but dig below the surface and complications emerge. What will Burundi do about the fact that the current President, a former rebel leader, is undoubtedly responsible for war crimes? Will the only remaining rebel group, the Front for National Liberation (FNL), continue negotiating with the government if its members will face a tribunal? How can investigations be carried out in the context of ongoing insecurity?

For several weeks we heard occasional shelling and machine-gun fire in the hills around Bujumbura: FNL attacks or renegade extremist elements of the army. This halted after the FNL signed a provisional peace agreement with the government in mid-June – a hopeful sign, though nothing is certain here.

In the evenings I look out from my patio at Lake Tanganyika, and the steelgray mountains of Congo that form a wall on the other side. There are stories of a man-eating crocodile in the lake. Yet I go to the lake when I can and dip my feet in.

It will take much swimming against the current for Burundi to overcome the years of war, the ethnic mistrust implanted by the colonizers, the absence of regional role models for stable democracy and respect for human rights, the lowest per capita GDP in the world by some calculations. But once in Burundi’s cool waters anything feels possible. You just keep moving – taking deep breaths. Knowing you might get sucked under. Knowing you might be just minutes away from the shore.