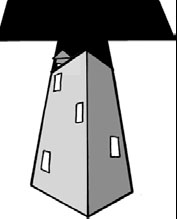 As a housing organizer in Bushwick, Brooklyn, Yolanda Coca butts heads with the most difficult judges while defending the rights of tenants.

And the deck is stacked against tenants in housing court. According to the New York County Lawyers Association, of the approximate 350,000 residential cases filed in housing court each year, only 11.9 percent of the tenant litigants had legal representation. The rest are pro se – forced to represent themselves. If they are lucky they will find a housing advocate like Coca to shepherd them through the process.

“In the beginning the landlords’ lawyers wanted to intimidate me, but when I demonstrated my knowledge, they warmed up,” said Coca, who has been advocating for tenants in housing court for 11 years. “Many judges know and respect me.”

Coca’s biggest challenge in housing court is the “mean attitude” of some judges and the landlord lawyers.

Pro se tenant Pat Senior knows what Coca is talking about. In 2005, Senior says, Judge George Heymann evicted her from her apartment at University Towers in downtown Brooklyn on a non-payment case in which the papers were never properly served. Senior says Judge Heymann was late to court and when she asked to be able to ask questions and defend herself Judge Heymann had a “nasty, sharp tone.” Senior claimed exchanges between her and Heymann deteriorated so badly that she tried to go before a different judge.

“I asked for him to be recused because he was biased,” Senior said.

Heymann’s tardiness has caught the attention of tenant lawyers and advocates. Housing court usually opens at 9:30, Monday through Friday.

“I noted it in my book; I was shocked at how late he was,” said a rookie housing attorney who wished not to give his name for fear of retaliation. “When his court is open and he’s not there, nothing can move forward.”

On July 13, the judge waltzed in around 10:30 with a coffee cup in one hand and a calculator in the other. Public housing tenants filled the courtroom almost to capacity waiting for the judge to hear their cases. I counted over 90 cases on Heymann’s schedule but the judge didn’t call his first case until 11:20.

Attorneys and advocates say tardiness is an accepted norm in Brooklyn housing court and judges do have paperwork that keeps them busy.

Though Coca has mixed feelings about Heymann, her biggest nemesis has been Judge Dawn Jimenez. Jimenez was appointed to her housing court position five years ago after working as an attorney at Borah, Goldstein, Altschuler & Schwartz, a large law firm that represents landlords.

“When I first came to her court she did everything to make my life difficult,” Coca said. “I shook my head about a decision and she yelled, ‘Don’t come back to my courtroom.’”

Judge Heymann is up for re-appointment in housing court this month and Judge Jimenez is looking to be appointed to another position in civil court. To make a complaint, call City-Wide Task Force on Housing Court, Inc. 212-962-4266.