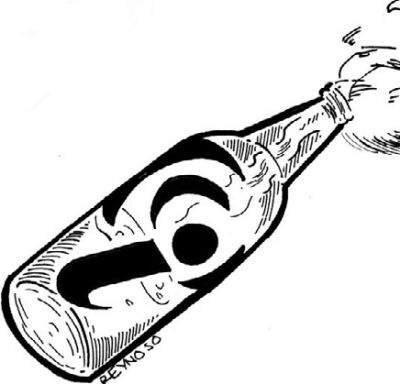 Political theorist Sheldon Wolin has written movingly of what he calls “fugitive democracy”: the pure democratic moment, unencumbered by institutionalized hierarchy and vibrating with the strength of the revolutionary multitude. “i,” the powerful and occasionally frustrating new film by independent directors Raphael Lyon and Andres Ingoglia, tells of one such democratic moment, the Argentinean economic collapse of 2001 and the social uprisings that accompanied it. Along the way it also functions as one of the first, if not the very first, feature length films about the Independent Media Center (IMC, or Indymedia) movement, which chronicled the Argentine struggle as it unfolded.

“i” is divided into three parts. The first, “Microscope,” examines the Argentinean uprising and the birth—or rather the rebirth– of the Argentina IMC; the second, “Telescope,” continues to ground its narrative in Argentina but expands the conversation to include more general ruminations and debates about the meaning and purpose of the Indymedia movements; the third, “Mirror,” briefly shifts its focus to New York City during the massive February 15th anti-war protests and then returns to Buenos Aires and the Plaza Mayo for the first anniversary of the December 19 uprising against President De la Rúa.

It is the focus on Indymedia activity in Argentina that is one of the strongest aspects to this beautifully shot, often profoundly moving film. In Western Europe and North America, even within the Indymedia movement, the activities, organization, and struggles of radical media of the global south are often overlooked or misunderstood. “i” is a galloping, careening, tornado of a film, often pausing briefly to listen in on one collective debate about the nature of Indymedia before moving on to the next crisis. One senses that the film’s directors are straining mightily to remove themselves and their own perspective from the narrative, letting members of various social movements and IMC collectives speak for themselves, even when their viewpoints conflict or seem contradictory.

It is this barely controlled chaos, this sense of being dropped into history in medias res, that, paradoxically, is also “i”’s greatest weakness. Its hard to imagine that anyone not already familiar with the history, structure, and background of the Indymedia movement will learn much about the network or what makes it tick—there is simply too much information for anyone not schooled in radical media history and leftist politics to absorb easily. In this way, of course, “i” resembles the websites of the media movement that it chronicles: intuitively understandable for many, a collection of sprawling, disorganized, headache-inducing data for some.

The film ends on an odd, ambiguous note. Back at the Plaza de Mayo in December of 2002, the insurrection largely over, one IMC member complains that the “ideologues have returned,” and one suspects that he is referring less to right-wing ideologues than their leftist counterparts. Many of the Argentina IMC members speak about their disillusionment with concepts such as “journalism” and “news,” the dangers of media consumerism, and the need to dissolve the Indymedia Argentina into social movements themselves. What this means in practice, of course, is not entirely clear. “What may be needed is a new communication paradigm,” the film’s voice-over narrator concludes. “What may be needed is a leap of faith.”

“i” was Produced and directed by independent filmmakers Raphael Lyon and Andres Ingoglia, and has its community premiere at Bluestockings Bookstore on July 20. For press inquiries, contact Amy Dalton at 267-974-0624. To book a screening of “i” and/or a speaking engagement, contact Jen Angel at jenangel@riseup.net

For some good background history on the complicated birth of Argentina IMC, see anarchogeek.