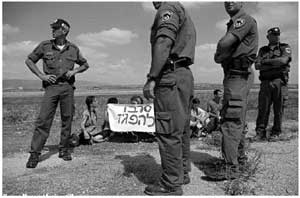 Israel is a modern-day Sparta. With a population of only 6.3 million, it can mobilize an army of up to 625,000 in 72 hours. Israel’s military is one of the best equipped and best trained in the world. Numerical comparisons to Arab nations are misleading as Israel has some of the most advanced battle tanks in the world, the Merkava series, and access to cutting-edge U.S. military technology, including combat aircraft and attack helicopters.

Israel receives $3 billion a year in U.S. military aid, and it engages in joint military research and development with – and outright spying on – its patron, enabling it to build a worldclass military with an annual budget of just $9 billion. It is one of only eight nations, for instance, to have an active space and satellite program.

According to the Carnegie Endowment for International Peace, Israel has “sophisticated chemical and biological weapons programs… at the Israel Institute for Biological Research.”

Israel is also one of the big players in the nine-nation nuclear club. As of 1997, its arsenal was estimated at more than 400 “deliverable thermonuclear and nuclear weapons,” according to Janes Intelligence Weekly. And it is thought to have a highly sophisticated nuclear triad, that is, air-, land- and sea-launched bombs. Its rocket technology gives its missiles an estimated range of up to 4,700 miles, meaning Israel could nuke Beijing.

Number of armored vehicles of all types possessed by Hezbollah: 0