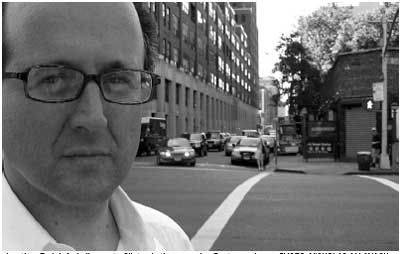 Sen. Hillary Clinton caught a break – if an incumbent with a war chest of tens of millions in corporate money needed one – when NY1 cancelled her debate with antiwar challenger Jonathan Tasini.

The television station nixed the debate because Tasini didn’t fulfill their requirement that candidates have half a million in the bank to participate, though he polled 13 percent at the time, well over their five percent threshold rule. Critics point out that Time Warner, which owns NY1, forked over $100,000 to the Clinton campaign, which may have influenced its decision.

Tasini’s insurgent campaign says Clinton is afraid to debate him about the war and other core progressive issues, and NY1’s decision amounted to “censorship.”

Unlike Sen. Clinton, Tasini suffers no illusions about the war and indicates each day of this campaign that he can better represent the liberal base Clinton ignored when giving President Bush authorization to storm Iraq.

Clinton has recently taken “responsibility for her vote.” But, as Tasini notes, “this doesn’t mean she’s off the hook.” Tough words from a man who, at first glance, would seem to pose no threat to the Clinton juggernaut. However, if Tasini has the support he claims, then Clinton’s pro-war vote might not only complicate an easy re-election bid to the U.S. Senate, but could also deter local support for a White House run in 2008.

If Hillary Clinton is a “stay the course” candidate then Jonathan Tasini is most certainly the “change the course” alternative. Tasini claims most people “can not say what policy position [of Clinton’s] they support.”

Tasini trumpets his progressive positions over Clinton’s centrist triangulation. Tasini supports environmental initiatives (like the Apollo Alliance), laws to help workers join unions without management interference, healthcare (“universal” instead of “affordable”) and ending the war in Iraq. Moreover, Tasini is not afraid to say he is “100 percent pro-choice” and that he also “supports samesex marriage, period.”

Many of the positions that he takes on hotbutton issues will most certainly isolate him from traditional beltway backing. Tasini takes a nuanced view on dealing with terrorism and national security, instead of bolstering the usual “U.S. will stand beside Israel” rhetoric (as spouted by Sen. Clinton at a rally outside the United Nations). Tasini opts for a more balanced assessment of the crisis.

“We must be honest and realize our onesided policy has played a hand in provoking this recent conflict. In fact, I believe [in a] two-state solution that recognizes an independent Palestinian state.”

Some Democrats who support Sen. Clinton continue picturing her as the liberal she once was. Where Clinton once favored universal healthcare, she currently toes Big Pharma and the insurance industry’s line couched in “affordable access” language. And, Clinton rakes it in – she’s received $22 million mainly from corporate benefactors such as Goldman Sachs, Citigroup and Met Life. Clinton was also a Wal-Mart board member from 1985 to 1992, though unions have lined up behind her.

Tasini is a former president of the National Writers Union and led a landmark case for freelance writers’ rights against the New York Times.

This fall New Yorkers can choose to vote for the establishment candidate Clinton or vote their beliefs and Tasini.