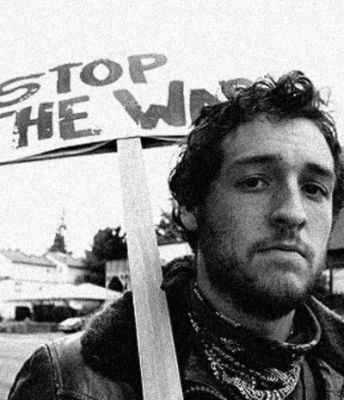 The signature organization of the 1960s student left has been reborn

Three decades after its storied meltdown, Students for a Democratic Society (SDS) is back. And it’s reemerged into a country that looks strangely the same. The United States is bogged down in another unpopular war, the corporatization of the university continues, people of color are fighting to be treated as full citizens. Yet two things are conspicuously missing: the widespread rebellion that goes by the catch-all name of “the ‘60s,” and militant, mass organizations like the Black Panthers and SDS that were on the frontlines of the struggle.

When the anti-corporate globalization movement burst on to the scene in 1999’s famous Battle of Seattle the disruption of the World Trade Organization summit proved that direct action still has the ability to win the hearts of a generation. Then September 11 changed the game. With the failure of mass marches to stop the war, protest movements grew moribund, unable to regain its early momentum in the new, fearbased climate of the Bush administration.

It’s not that nothing is happening. Local collectives like Common Ground in New Orleans or the Kensington Welfare Rights Union in Philadelphia, and single-issue organizations like Critical Resistance and United Students Against Sweatshops continue to wage important fights. But unlike their counterparts on the right, they have been unable to join their movements into a coherent political struggle. The sum of “the movement” is less than its parts.

On the student front, the new SDS is the best bet. There’s enormous potential out there, but it is unorganized and without outlet; expressing itself in anti-Bush t-shirts, rather than substantial challenges to power. The missing link between discontent and organized resistance is exactly the kind of participatory group SDS promises to be. We need organizations that are capable of naming, analyzing and fighting the system that lies beneath George W. Bush’s actions. Organizations that enable any group of committed students can join and play a conscious role.

The core SDS concept of participatory democracy provides a means of uniting disparate struggles as part of a broader, decentralized movement where students learn along the way. The involvement of a number of old SDS stalwarts gives the new SDS an edge in confronting, understanding and transcending the legacy of the original student New Left.

As of its founding conference this summer at the University of Chicago, SDS claims over 160 chapters. While there are Harvard and Yale chapters, the new SDS has significantly broadened the starting demographics of its historical progenitor with an enormous number of chapters at community colleges, state universities and high schools.

The Olympia, Washington chapter was the main group behind the blockade of Stryker tanks being shipped to Iraq this summer, the most militant and promising anti-war action of the last year. Hundreds of students, many from Evergreen College braved pepper gas and arrests to actually obstruct the war effort. In New York, Pace University SDS claimed credit for scaring pro-war Democratic Senator Hillary Clinton from making an appearance.

Discussing the events and aftermath of the uprisings of 1848, Marx claimed, “the tradition of all dead generations weighs like a nightmare on the brains of the living.” In the next line, he adds that in the course of “creating something that did not exist before,” revolutionaries “conjure up the spirits of the past to their service… in order to present this new scene in world history in time-honored disguise and borrowed language.” The new SDS has donned its costume; here’s hoping it’s not a “second time farce.”

Matt Wasserman is a founder of Reed College SDS.
For more information, studentsforademocraticsociety.org