Much of the suspicion that has grown up around electronic voting has been sparked by the cozy connections and often questionable behavior of the three largest companies that make and operate e-voting machines. 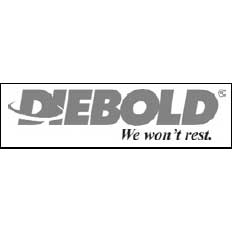 Diebold was originally a manufacturer of bank vaults and safety deposit boxes. The company’s rise to prominence in the e-voting industry reads like a parable of Enron-style excess. In recent years, it has been plagued by accusations of inappropriate ties to the Republican Party, corruption among senior-level employees and inadequate security measures in its voting machines. In addition to their political connections, Diebold executives have come under scrutiny for hiring convicted felons in senior positions. Jeff Dean, senior vice-president and senior programmer at Global Election Systems (bought by Diebold in 2002 to later become Diebold Election Systems), was convicted of 23 counts of felony theft.

Election Systems & Software (ES&S), “a provider of election management solutions,” is another widely used voting machine company, and along with Diebold tallied approximately 80 percent of electronically cast votes in the 2004 presidential election. The two companies are also linked by the Urosevich brothers: Bob Urosevich is a software engineer and member of Diebold Election Systems management; his brother, Todd Urosevich, is vice-president of After Market Sales at ES&S. Seed money for Data Mark, ES&S’s corporate predecessor, was supplied by the Ahmanson family, which also has poured millions into various far-right causes and think tanks. In 2002, it was revealed that Senator Chuck Hagel (R-Neb.) once owned a 56 percent share of ES&S, which was responsible for counting 80 percent of the winning votes that propelled Hagel to an upset victory in his 1996 run for the Senate.

Sequoia is the third provider of voting machines with a specialization in touch-screen voting systems. All Sequoia voting systems supply a Voter Verified Paper Trail, which has allowed the company to escape much of the criticism leveled at ES&S and Diebold. However, the company has still been attacked for leaving unprotected software on a publicly available server, raising concerns about the possibility of vote tampering in future elections. Sequoia’s parent company, De La Rue of England, was awarded a multi-million- dollar contract in 2004 by U.S. officials in Baghdad to print the new Iraqi currency.