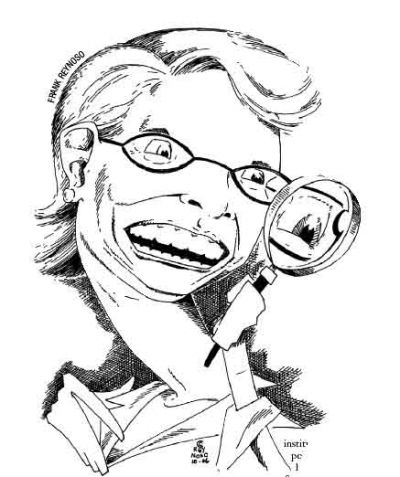 After a year of hearings and deliberations, the Spellings Commission on the Future of Higher Education handed in its homework on Sept. 26.

Dominated by corporate executives, the commission called for a sweeping transformation of the U.S. system of higher education that would include standardized curricula and testing on a collegiate level and the creation of a giant database to track every single student’s educational record from kindergarten through college and into the workplace.

“This initiative represents a frontal assault on the U.S. higher educational system, under the guise of reform,” John Seery, professor of Politics at Pomona College, wrote on Huffington Post. “Basically the same folks who dismantled FEMA (and have been trying to do the same with other public agencies and institutions) now want to bring their politicized incompetence to all of higher education in America.”

Speaking at the National Press Club on Sept. 26, Secretary of Education Margaret Spellings outlined her vision of education reform based on improved consumer choice.

“If you want to buy a new car you go online and compare a full range of models, makes and pricing options,” she said. “And when you’re done you’ll know everything from how well each car holds its value down to wheel size and number of cup-holders. The same transparency and ease should be the case when students and families shop for colleges, especially when one year of college can cost a lot more than a car.”

Spellings, who followed Bush from Texas to Washington, D.C., is one of the main architects of the No Child Left Behind Act, which mandated intensive standardized testing in grade schools across the country. In her speech, she called for extending this testing regime to the nation’s 6,000 universities, colleges and technical schools so as to be able to measure the educational “outputs” produced during a student’s time in school. The commission also touted distance learning and “non-traditional” forprofit education providers as vehicles for improving the higher education system.

“The shortcoming of the commission is that they are approaching higher education as a consumer good, as if it can be purchased,” said John Curtis of the American Association of University Professors. “Education is a process, not a database to do comparison shopping with.”

The commission’s call for a centralized database has also sparked concerns. “We are very worried that the proposed tracking system will violate the rights of the 15 million college students in America,” said Tony Pals, a member of the National Association of Independent Colleges and Universities. “The system they are talking about would have to use individual identifiers, a database that puts personal privacy at risk.”

While the Spellings Commission emphasized market-oriented approaches to improving the quality of higher education, the six leading higher education associations and Sen. Ted Kennedy (D-Mass.) trumpeted the commissions’ call for increasing Pell Grants over five years so that they cover 70 percent of the average in-state tuition at public four-year colleges instead of the current 44 percent. Such an initiative would require another $9 to 12 billion per year in government spending on higher education at a time of record budget deficits. Both Spellings and Commission Chairman Charles Miller (who was appointed to head the University of Texas Board of Regents by then-Gov. George W. Bush in 1999) reiterated that any increase in financial aid would be contingent on schools containing costs and introducing standardized testing, conditions that favor for-profit schools.

Skeptics of the Bush administration’s intentions suggested that educators think twice before embracing the work of the Spellings Commission.

“College leaders who endorsed the overall report (and the many tough requirements it would impose on higher education) might come to regret that support,” wrote Doug Lederman of insidehighered.com.