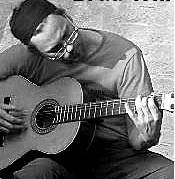 Testimonials and tributes poured into the nyc.indymedia.org website in the day’s following Brad Will’s death. Here are excerpts from a few of them:

i haven’t seen brad since i was last in new york…..at a protest, of course. he was at every protest, big or small, he “had” to be there. when i met him, we were part of a small group that determined to make new york indymedia a reality. we lived, breathed, sweated and slept indymedia. every second of our time was devoted to it….day and night, recording everything we could…brad….john tarleton, warcry, justin, madhava, ana, josh breitbart, arun, lee, ….devoting ourselves with such fury to the idea that ‘all voices should be heard’. and brad was just about the most devoted devotee to that idea, that vision.

i hear his voice now, in my head, so matter-of-fact, so ready to face any force…but not to be a hero! no! just because (hear brad’s voice now), well hey, there are people being oppressed, so _of Course_ we’re gonna stand up and be there with them. of Course we’re gonna tell their story, capture their struggle on our cameras, broadcast their voices to the world. i mean, that’s what any reasonable person would do in such a circumstance.

I just saw Brad a few weeks ago. He came by our house and pissed me off when I caught him helping himself to my personal supply of olive salad & tahini from the fridge 🙂 We travelled together briefly in South America and sat through more than our share of boring meetings in NYC. If I’d known I’d never see him again, I guess I would have bought him a beer and invited him to the rest of that olive salad.

The last time I spoke with Brad was all too brief, but touching. I was in a small but crowded group in Bluestockings Books, at a fundraiser for tsunami relief in Aceh. Being an Indonesian who was dissatisfied with the way leftists sought to simply ennoble the suffering Acehnese and Indonesians while asking no questions as to why it happened, I was impressed with how Brad seemed to know instinctually that we should question the official feel-good stories there. He seemed to feel, deep in his heart, that his purpose as a journalist wasn’t to manufacture consent but to push dissent.

the solidarity was always with you, from the first time i met you in ny, u helped me get around in a different country….we met many times in the struggles of the repressed ppl….I heard from you always questions of “how this can be more useful” u have always tried to be useful for the struggle.. u always came to ask “what ppl needed”..and u tried your best to make it happen…everywhere, ny, ecuador, bolivia, argentina, brasil…last time we hanged out u asked me…..you were here in brasil, and asked “hey i still have some time here, tell me where should i go, where ppl need help”..and u went to goiania, to fight with the ppl from sonho real… your presence there were very important as your presence has been everywhere you went to and everywhere we will go to, cuz we will always take you with us to the barricades 😉

my thoughts are with you brad, with your glasses, ten thousand media press identification, the long hair…the same person who dedicated your life to our struggle and we will continue it…brad presente!

i met brad a few years back in buenos aires. a huge prison built by the 1976 dictatorship towered over my neighborhood. one of my last nights there, brad and i went out and redecorated it with stencils and messages of hope. the argentine call to arms “¡que se vayan todos!” still rings true.

Brad’s most successful campaign was his own life. No one needed to tell him to “actualize his desires” because his compass was always firmly rooted in his own heart. He pursued his desires like there were no other options; alienation was an abstract concept to him. He never hesitated, and I admired him for this tremendously. This impulse also put him in danger, but he lived and died like a hero. We should all be so lucky to do the same. I am forever indebted to Brad for reminding me, directly and by example, that we are all complicit in our own oppression. His life provided an example of the alternative.

BRAD ON THE ROOF OF 5TH ST. SQUAT

I met Brad as part of the squatter movement on the Lower East Side and loved him as a brother as we fought the gentrifiers, city bureaucrats and even neighborhood housing associations who were to get the squatters out of the abandoned buildings they were making into communities. In the early 90’s Brad and many others were living in a longtime squat on East 5th St. which they had made into a beautiful and political home and gathering place. Other forces wanted that buiding and there was a “mysterious fire”- -a small one–that was used as an excuse to order this considerable community to leave the building without even being allowed to take their possessions or save their animals. An order for a bulldozer was quickly granted by the city. As the bulldozing was about to start and a crowd stood on the street helplessly watching, a lone figure appeared on the roof of the building–refusing to leave and risking his life to make that statement (the building could have been easily bulldozed with him in it–followed by a claim that they ‘didn’t know’). A cheer went up. Somebody had defied the insane and brutal eviction. It was Brad.

The image of his tall figure walking back and forth on that roof and defying the pig-landlord city government was burned into everyone’s mind. There are many photos of it. It was a signal of hope even in that desperate and griefstricken moment. Brad was clearly and consciously risking his life for his principles then–just as he was doing in Oaxaca. He was that kind of person. The very best of us.