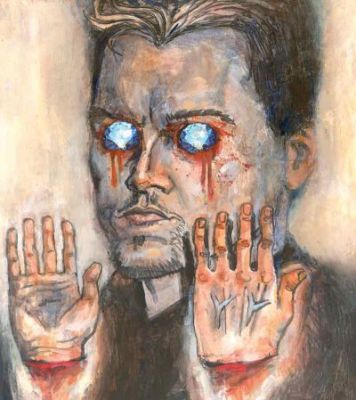 In 1991, in the tiny West African country of Sierra Leone, former army corporal Foday Sankoh and his Revolutionary United Front (RUF) started a military campaign against the corrupt government of President Joseph Saidu Momoh, capturing towns on Liberia’s border. The RUF had had enough of seeing ordinary citizens live in misery while the government sold off the country’s resources – mainly diamonds – to international interests. For the next 10 years, civil war raged, leaving some 50,000-100,000 dead and tens of thousands more mutilated – and the RUF committed atrocities from rape to enslavement to hacking off victims’ limbs. Ahmad Tejan Kabbah was elected president in 1996 and deposed a year later by the RUF-led army. Kabbah returned in 1998, mostly because the British sent in mercenaries from Sandline and Executive Outcomes and the West African community sent its intervention force ECOMOG. Kabbah was reelected when the war officially ended in 2002 and is still in power. Throughout, the RUF was financed by sales of diamonds through neighboring Liberia. Blood diamonds, also called conflict diamonds, are mined in war zones and sold, usually clandestinely, to finance war efforts.

This is the context for Blood Diamond, directed by Edward Zwick. Danny Archer (Leonardo DiCaprio), a Zimbabwean mercenary, arms the RUF in exchange for diamonds. He encounters Solomon Vandy (Djimon Hounsou), a fisherman who finds a rare diamond while working in an RUF mine. Archer convinces Solomon to lead him to the gem in exchange for help finding his family, separated during a rebel attack. What follows is an emotionally wrenching action-packed journey to recover the diamond, with the help of Maddy Bowen (Jennifer Connelly), a seasoned journalist investigating Sierra Leone’s war and diamond trade.

The movie is surprisingly wellresearched and compelling, exposing the dirty reality behind the glitter of the diamond trade. Despite Warner Brothers’ backing and blockbuster marketing, the subject is not one to attract large audiences, especially in a society where many women validate their worth by the carats on their fingers.

Archer, although himself African, embodies the ghost of white colonialism and its inability to loosen its grip on the continent’s resources. With his catchphrase, “TIA” (this is Africa), he explains to Maddy that it’s useless to try to change things as Africa will always be embroiled in corruption and war. Solomon doesn’t care about politics, dreaming that his son will become a doctor and that “one day this country will be a paradise.”

Although the movie focuses on RUF atrocities, there are mentions of governmental corruption and Western involvement. In particular, the film exposes the hiring of mercenary armies, led by Archer’s old boss – representing Executive Outcomes – who bomb RUF strongholds indiscriminately.

The movie also discusses the Kimberley Process (KPCS) – a 2002 international diamond trade agreement that certifies the origin of diamonds to prevent the sale of blood diamonds – and explains that it is not fool-proof. To participate in the KPCS, a country must promise not to finance anyone seeking to overthrow a U.N.-recognized government, which doesn’t translate to being fair or accountable to its people. Many governments with U.N. recognition enrich themselves at the expense of their citizens, including present-day Sierra Leone, which is at peace but almost as corrupt as before the start of the war. Sierra Leone, the Democratic Republic of the Congo, Togo, and Zimbabwe – whose governments all violate human rights – are all KPCS participants.

Blood Diamond addresses the complexities of the civil war in Sierra Leone, from the RUF’s use of drugged child soldiers to prisoners forced to work the diamond mines to the plight of refugees – almost a million people fled to U.N. camps in Sierra Leone and neighboring countries. The movie’s message is clear throughout: The demand for diamonds in the West is causing diamond dealer heavyweights like De Beers (or Van de Kaap in the film) and their governments to finance wars and atrocities of all kinds simply to increase their bottom line. All of this, right before the biggest shopping season of the year, is making the participant diamond industry so nervous that a website (diamondfacts. org) was created to counter all the negative publicity, and Hollywood publicists and jewelers were barraged with talking points.

The Empire in Africa, a new documentary by Philippe Diaz, is a much more violent and one-sided depiction of the Sierra Leone war. Using gratuitous footage of killing scenes, the film attempts to convince viewers that the RUF was wrongly blamed for the atrocities of the war, instead pointing blame at the international community, especially Britain and Executive Outcomes, but also the United Nations and ECOMOG.

To prove his point, the director focuses on the horrors of war, with gruesome scenes of decapitations and exploding heads. These were not Hollywood-staged deaths, but real people being shot and tortured while the camera rolled. Although The Empire in Africa shows how U.N. and ECOMOG involvement fueled the war, the film pays no heed to atrocities committed by the RUF and doesn’t mention blood diamonds. While the RUF’s initial motivation for challenging the government may have been valid, the rebels lost legitimacy by killing, raping and maiming thousands of civilians.