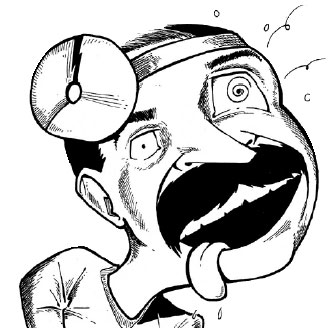 Over the past six years, one hallmark of the Bush administration has been the appointment of unqualified people to positions overseeing programs with which they fundamentally disagree.

In November, Dr. Eric Keroack, a former medical director of A Woman’s Concern – an anti-abortion “pregnancy crisis center” that discourages young women from getting abortions – was appointed to a post overseeing reproductive health care for millions. As the deputy assistant secretary for population affairs, he now leads the nation’s family planning program, Title X, which provides health care to five million families who would otherwise have no access to basic health services, including access to prescription birth control.

While Keroack’s predecessor, Alma Golden, did little to fight for the chronically underfunded Title X, Keroack is expected to put his hard-line abstinence only beliefs into action.

Keroack was applauded by Focus on the Family for using ultrasound technology to influence women who he described as “abortion vulnerable” while at A Woman’s Concern. He is also dismissed as a crank in medical communities for his unproven claims that sex outside of marriage depletes bonding chemicals, dooming any subsequent marriage. “People who have misused sex to become bonded with multiple persons will diminish their oxytocin bonding within their current relationship. In the absence of oxytocin, the person will find less or no excitement. The person will then feel the need to move on to what looks more exciting,” said Keroack, who views sexuality as “a war zone.”

“If Golden and Keroack had their way, a 55-year-old woman, recently divorced and seeking family planning services, would be told that her expected standard of behavior is no sex outside of marriage,” says Bill Smith, vice president of public policy at the Sexuality Information and Educational Council of the United States (SIECUS).

Despite Golden’s refusal to request any new funds for the program, Title X is still able to fund 4,500 clinics around the country to provide basic health services, including contraceptive services; gynecological exams; pregnancy testing; screening for HIV and other STDs, cervical and breast cancer, high blood pressure, anemia, and diabetes; and provide health education and referrals for other health and social services.

“If Alma Golden was a thorn in our side, then Dr. Eric Keroack is a slap in the face,” Smith told The Indypendent. There’s nothing like a slap in the face to start a good fight. Public outcry began as soon as Keroack was appointed; and the fight to remove him is gathering momentum. Tens of thousands of signed letters requesting that Health and Human Services Secretary Mike Leavitt “sack Keroack,” collected by NOW, Planned Parenthood and other groups, were delivered to the Senate on Nov. 17 and to the House on Nov. 20. Leavitt issued no response. On Dec. 20, 110 members of Congress signed on to a letter addressed to President Bush, demanding Keroack’s removal. Again, there was no response from Leavitt.

Activists in the Reproductive Rights Community have no intentions of letting up on the pressure, and there is some hope that the new Democratic majority in Congress may be willing and able to pressure Leavitt to have Keroack step down. Grassroots efforts are focusing on getting Congress to make his removal a priority before he can inflict any real damage. So call your senator or representative today and demand they put pressure on Mike Leavitt to “sack Keroack!”