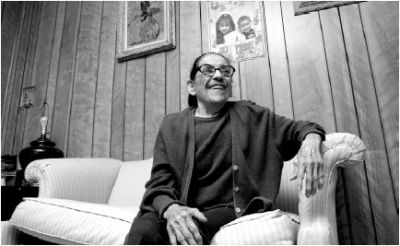 CELIA MARTINEZ of the South Bronx can now afford to stay warm in the winter thanks to subsidized heating oil provided by Venezuela. PHOTO: DENNIS W. HO

For the first time in years, residents of Spofford Hills, a housing cooperative in the South Bronx, won’t feel the winter chill inside their building. “This year, there is heat. In years past, forget about it. This building was frozen!” said Celia Martinez, a 74-year-old grandmother who lives in the housing cooperative.

Martinez’s good fortune is a gift from Hugo Chavez, Venezuela’s leftist president. After providing subsidized heating oil at a 40 percent discount last winter as a pilot project at several South Bronx housing cooperatives, CITGO, the U.S. subsidiary of Venezuela’s state-owned oil company, has expanded the program to all five boroughs and looks to provide as much as 25 million gallons of discounted heating oil to as many as 100,000 low-income New York City households.

As of November 2006, the going rate for heating oil was $2.27 per gallon. For Martinez, who lives alone and survives on a monthly Social Security check and a Supplemental Security Income (SSI) that total $729, the season’s savings of approximately $315 allow her to stay warm in the winter and buy the asthma medicine she needs. Before, the building was “frozen” due to both the lack of oil and a damaged heating system, a problem that Celia says still persists.

Chavez’s program is coordinated by Citizens Energy Corporation, a Bostonbased non-profit that has provided heating oil to low-income people in the Northeast since 1979. The program was founded by former Congressman Joseph P. Kennedy II, son of Robert F. Kennedy, and claims no political affiliations or motives. According to Ashley Durmer, spokeswoman for the organization, “We’re just trying to get oil to people who need it.”

Although the American venture has come under heavy fire by conservatives as a personal publicity stunt by Chavez, who has repeatedly denounced the Bush administration, it is in line with many of Chavez’s domestic initiatives such as discounted food, health clinics and free education through college for Venezuelan citizens. “From what I understand, they don’t use that oil in Venezuela,” says Celia in her comfortably warm living room, “So they give it to people who need it. It was very nice of them to help the people of the U.S.”

Who’s eligible?
Households making less than 60 percent of the state median income, or $43,000 for a family of four. Homeowners and housing cooperatives are eligible. However, the entire building must sign up.