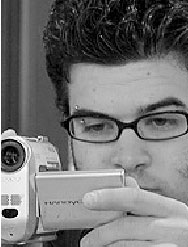 Upholding freedom of press principles landed Josh Wolf behind bars. Wolf, a 24-year old freelance journalist and independent videographer, is currently in “coercive custody” at the Federal Detention Facility in Dublin, Calif. for resisting a subpoena to testify before a Federal Grand jury and for refusing to release video footage from a San Francisco anti-G8 Summit protest in July 2005. On Feb. 6,Wolf became the longest imprisoned journalist in U.S. history for his refusal to comply based on journalistic principles. As of Feb. 21, Wolf has been imprisoned for 183 days.

“Many have asked me why I’ve chosen to sacrifice my personal freedom,” wrote Wolf in his blog from prison Feb. 6. “Most pressing is the fact that a free press in a democracy cannot act as an extension of the justice department.”

Wolf, who has been covering protests in San Francisco for more than two years, posted a video of the 2005 protest to his website and sold some of the footage to the local nightly news stations. Local and federal law enforcement agents, who were investigating clashes between police and demonstrators, tuned into Wolf’s video and soon served him a federal subpoena demanding him to release copies of his unpublished video footage and to testify about the protesters seen on the tape. Wolf has stated several times under oath that his unpublished material does not show video footage of any of the alleged crimes committed. “This case is not about a videotape and it’s not about justice. This entire matter is about eroding the rights of privacy and those of a free press,” Wolf wrote. “It is about identifying civil dissidents and using members of the news media to actively assist in what is essentially an anarchist witch hunt.”

Many in the news media community have publicly issued statements supporting Wolf in the last year, and he was awarded the 2006 Society of Professional Journalists Freedom of Information Award as Journalist of the Year. “The role of the media is to ask the questions, to point at those inconsistencies, and to demand answers from the powers that be,” wrote Wolf. “This is why the media is under attack and this is why it is so urgent that we continue to fight back. Because without a free press we can never be free.”

For more information on Josh Wolf or to see the video he published about the 2005 protest: www.joshwolf.net