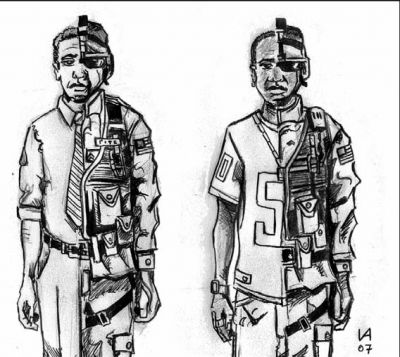 Ever since House Democrat Charles Rangel introduced his first proposal to bring back the military draft in 2003, it’s been amazing to see how much amnesia there is on the subject, especially among some of those who consider themselves liberals or “progressives.”

Supporters of Rangel’s bill (which includes a mandatory civilian service option) make what seems on the surface to be a compelling case. They say one reason our government is so willing to launch aggressive military action is that the children of political leaders and the wealthy elite do not face much risk from combat. They point out that this is because the armed forces are maintained by a system of recruitment that unfairly targets working-class and middleincome people. They also argue that a stronger service ethic is needed, along with more civilian options for performing tasks that would benefit society. The points are valid, and so it seems reasonable when some people conclude that a system of conscription is needed to address such issues.

But the problem with this thinking is that it is far too simplistic and only focuses on limited parts of the picture. It ignores important historical facts and fails to consider an entirely different set of social and political consequences that are inherent in any system of involuntary service.

One of the forgotten historical facts is that whenever a draft has been employed in the U.S. (which has been infrequently), it has been used to make waging war possible, not as a device to keep our government from entering a conflict. A good example is our most recent experience with conscription during the Vietnam War. The draft that was already in place as the war developed made it easier for presidents Johnson and Nixon to merely open the tap and pour out more bodies to fuel the conflict. As a result, the Vietnam war lasted almost 10 years, took the lives of millions of people and caused massive destruction in Southeast Asia. All of this happened despite the strong antiwar and draft resistance movements that spread across the country.

Draft supporters say that, in the past, the rules of the Selective Service System favored privileged youths and therefore didn’t trigger the kind of opposition from the elite that would have stopped the Vietnam War sooner. But there is no evidence that drafting a few more affluent kids would have made a difference, since initial support for the war was high and was driven by a general Cold War fever that affected almost the entire population.

The claim that a draft could be made fairer today isn’t realistic anyway. There will always have to be medical deferments, which are easier to get when you have the money to pay for braces or private medical exams and documentation that are the key to getting disqualified at an Army induction physical. And those with a better education – which is linked to one’s socio-economic status – will have a distinct advantage when it comes to successfully wading through the process to secure conscientious objector status.

I know how these factors work because as a community college draft counselor during the Vietnam War, I struggled to help lowincome students whose limited resources made it harder to gain recognition of legitimate claims for medical deferments and conscientious objector status. It won’t be any different under Rangel’s proposed draft. Furthermore, affluent individuals who do wind up in the military would still have the advantages of their education and political connections to help avoid combat.

Whenever we go to war, whether our military is drafted or recruited, socioeconomic status is always a factor in determining who is at greatest risk. And in a system with a civilian service component like Rangel is proposing, advantages in education, personal wealth and political influence will still be a factor in avoiding the battlefield.

Another part of the picture ignored by supporters of Rangel’s legislation – one that is especially ironic for those draft advocates who say they are “peace activists” – is the increased militarization that comes with conscription. Because draftees are in the military for only two-year terms instead of four or six, there is a much higher turnover of personnel, and this means that a much larger portion of society is required to go through military training. One of the main functions of this training, especially at boot camp, is to strip the civilian identity from every trainee, instill in him or her the values of military culture, and perform the conditioning needed to produce an obedient soldier who is acclimated to the use of violence.

What many people ignore is that there is no comparable effort made to reverse this process when draftees leave the military. So even though the conditioning doesn’t stick in everyone, the net effect over time is to further militarize civilian society, not civilianize the military (which some people have argued). Indeed, this militarization function is one reason why conscription has been so favored by authoritarian states. Examples include Nazi Germany, Imperial Japan, Prussia and dictators like Napoleon, Stalin and Franco, just to name a few. In today’s context of a U.S. government that wages preemptive war, threatens countries that have done nothing to harm us and assumes police powers that the Constitution disallows, a system that would further militarize the U.S. is the last thing that anyone should support.

Imagine, for a moment, what would have happened if conscription had been in place at the time of 9/11. In that period of emotional nationalism, Bush could have easily gotten away with boosting draft calls and deploying a much larger force to the Middle East. Following the neocon agenda for the region, then, we could have already extended the fighting to Syria and Iran by now, and then moved on to a confrontation with North Korea.

This leads me to point out a major contradiction in Rangel’s rationale for a draft. He and others are arguing that it would help slow down the rush to war (a claim unsupported by any historical facts), while at the same time arguing that we need a draft because our military is exhausted and more troops are required for the mission they’ve been given. So which is it? Is a draft going to help prevent or end a war, or help wage it? And if it’s the latter, then isn’t opening up the tap for more troops the last thing that war opponents should want to do? If we really are against military aggression, isn’t it better that we stick to demanding that the current mission be cancelled and, simultaneously, do everything we can to cut off the flow of personnel for war?

If you believe the other part of Rangel’s argument, he essentially wants to force a change in foreign policy by holding people’s children hostage – which includes the children of people who have been struggling and sacrificing to end the Iraq war. Isn’t hostage-taking something we generally condemn in our society, and shouldn’t we have serious reservations about supporting such a tactic?

The reality is that popular opposition to bringing back the draft is still overwhelming, and legislators know that it would be political suicide to attempt such a thing at the moment. So why go to the trouble of rebutting pro-draft arguments from liberals or anyone else? The answer is that such efforts to promote conscription can, over time, acclimate enough people to the idea of a draft that at a point in the future, in the context of some national emergency pretext, the politicians may then attempt what they now are afraid to do.

People who are now advocating a draft need to be challenged to look more carefully at the facts and consider the full, global implications of what they are proposing. Otherwise, they may eventually get what they are asking for, which would come back to haunt us all.

Rick Jahnkow works for two San Diego-based antimilitarist organizations, the Project on Youth and Non-Military Opportunities, (www.projectyano.org) and Committee Opposed to Militarism and the Draft (www.comdsd.org). This article originally appeared on zmag.org