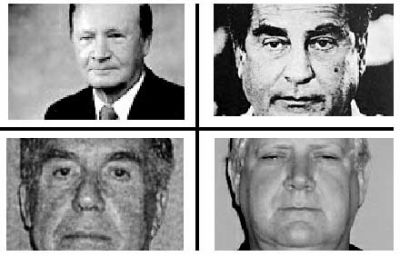 Since beating a labor racketeering rap two years ago, top officials with the troubled International Longshoremen Association (ILA) could now be jockeying for the power to lead the East Coast Union. An unsigned flier circulating throughout the New York/New Jersey ports over the past couple weeks is calling for a “Walk in Solidarity” to protest cuts in health benefits and poor financial management.

The flier comes just months before a potential shift of power in the governmentsupervised Bayonne, New Jersey Local 1588. Progressive union militants are gearing to win an election and wrest power from decades of corrupt leadership in the port early this spring. The federal government has had a trusteeship over the Bayonne local since January 2003.

“Nothing happened,” said ILA spokesperson Jim McNamara in reference to the job action. “If it [flier] wasn’t signed, I wouldn’t put much credence in it.”

The cryptic flier lambasted the federal government’s “attacks” and blamed long-time ILA President John Bowers and Secretary Treasure Robert Gleason for deteriorating health benefits. Apart from criticizing the government and international president, the flier is curious because it lauds former Newark Local 1235 President Al Cernadas and current General Organizer Harold Daggett, who both formerly sat on the union’s health benefits fund. In 2005, Cernadas resigned his post in disgrace and admitted to labor racketeering and other fraud. In the 2005 federal Racketeer Influenced and Corrupt Organizations (RICO) complaint against the international union, the government claims the Genovese crime family picked Daggett to lead the union once Bowers retired.

The union’s health benefits fund has been on shaky financial ground as many rank and file members have had problems obtaining proper coverage and hundreds of doctors have dropped out of the plan. Open criticism of union officials is rare in the ILA, a union with a long organized crime affiliation. Labor militants who speak out too loudly risk anything from the loss of job hours to physical violence by enforcers in New York’s powerful Cosa Nostra families.

The octogenarian ILA president, John Bowers has made no formal announcement of his retirement from the union. However, his departure is anticipated sometime soon, which will create a power vacuum. Executive Vice President Richard Hughes seems an obvious choice to succeed Bowers though delegates representing each port local elect the international president. The candidate who shores up the delegates will win the power of the presidency.

In 2005 the federal government filed a RICO case against ILA General Organizer Harold Daggett and a vice president, Arthur Coffey on labor racketeering and other fraud. Both were acquitted of the charges, dealing a blow to the government’s attempt to take over the union. Coffey then broke ranks with the international union as he squabbled over the union refusing to pay his legal fees. A third codefendant in the case was Larry Ricci, a reputed Cosa Nostra capo in the Genovese crime family, who became absent half way through the trial. Police later found Ricci’s body in the trunk of a silver Acura parked at a Jersey diner.

ANCHORS ON THE PORT

JOHN BOWERS
As president of one of the smallest unions in the AFL-CIO, John Bowers is the third highest paid labor official in the country. Bowers earns $590,194 each year, according to Labor Notes. Bowers is an alleged associate of the Genovese crime family. During a union business trip in Miami, Bowers was told by Capo George Barone that Harold Daggett was the Genovese family’s choice to succeed Bowers as president. “I am alone: one-on-one. I know of his reputation. I am not going to ask a lot of questions. I am figuring now how the hell to get out of the place,’’ Bowers told the feds.
HAROLD DAGGETT
The general organizer of the ILA union, Daggett was tried in the Brooklyn federal court, along with Arthur Coffey and Lawrence Ricci – for involvement in an eight-year scheme to divert hundreds of thousands of dollars from ILA workers’ health and welfare funds to the Genovese crime family. During the 2005 trial Daggett testified that former Genovese Capo George Barone held a gun to his head in the back of an East Harlem grocery store to keep Daggett in line. “I was so nervous I urinated all over myself,” said Daggett. He was eventually acquitted on all charges.
AL CERNADAS
The former president of Newark Local 1235 oversaw his local’s 2004 master contract vote at the Newark Airport Holiday Inn. When union members came to witness the vote count, Cernadas cussed them out, refused to reveal the vote tally and then led the team of election “monitors” with ballot boxes in tow to the Holiday Inn bar. Cernadas later pled guilty to fraud and conspiracy charges in the 2005 racketeering suit – the only ILA official to be convicted in the case.