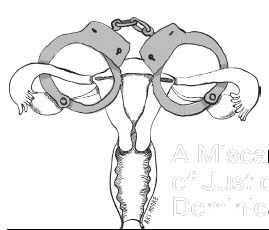 Shortly after Amber Abreu, a teenaged immigrant from the Dominican Republic, arrived in the United States in 2005, she became pregnant and had an abortion. Months later, the Massachusetts resident became pregnant again.

Not wanting to admit a second mistake or ask her mother for money, the now-18-year-old Abreu asked a friend to bring her some Cytotec pills from the Dominican Republic when she came to visit. Cytotec, an ulcer medication known to cause uterine contractions, is sold over the counter in the D.R. for approximately $1.00 a pill.

It is worth noting that Cytotec, called Misoprostol in the United States, is legal and widely used to treat stomach ulcers. It is also used in combination with Mifepristone to terminate pregnancies of up to eight weeks gestation. The drug combo is popularly known as RU486.

While Abreu has been advised not to speak to the press at this time, she previously told reporters from The Boston Herald that she took three Cytotec tablets over two-days in early January. On January 6 she went to Lawrence General Hospital complaining of stomach pain; later that day she delivered a 20-ounce baby girl. The premature baby – named Ashley by Abreu – was taken to Tufts-New England Medical Center where she died on January 10. Urine tests revealed Cytotec in the baby’s system.

Police became involved when a hospital social worker reported that Abreu had given her conflicting accounts about why the newborn tested positive for Cytotec.

Abreu was later arraigned on one charge of procuring a miscarriage, a felony that carries a penalty of up to seven years in prison. After her arrest and arraignment, Abreu was detained in the Framingham Prison for Women, a maximum security facility, for three days and was required by Judge Michael Brooks to relinquish her passport.

The case rests on a little-known section of Massachusetts law that makes it illegal to use any “poison, drug, medicine or other noxious thing” to induce a miscarriage. The law further stipulates that anyone who “administers, advises or prescribes any such methods” can also be charged.

Although Abreu is out on bail, the case presently rests on the findings of the state Medical Examiner. Abortion is legal in Massachusetts up to 24 weeks, and the M.E. is doing tests to determine Ashley’s gestational age at the time of her birth. If he finds that Abreu took the Cytotec after the 24-week cutoff to have a legal abortion, the District Attorney could then charge her with homicide.

Abreu is not the first woman to face criminal charges for taking Cytotec to end an unwanted pregnancy. In 2004, Gabriella Flores, a 22-year-old South Carolina farm worker, served four months in prison for taking the medication and then miscarrying. According to the Kaiser Network, the mother of three took five

tablets on Oct. 1, 2004. When an acquaintance notified police about Flores’ actions, she, like Abreu, was charged with “procuring a miscarriage.” Kaiser reports that Flores told police that she could not afford to care for a fourth child.

“The tragedy [of the Abreu case] is less a measure of one teenager’s bad choices than it is an indictment of a culture that tells all women that abortion is their legal, constitutionally-protected right, but tolerates a lack of access for the neediest women,” columnist Eileen McNamara wrote in The Boston Globe.

Feminists, civil libertarians and reproductive rights and public health activists agree. “The District Attorney has the discretion to decide whether prosecuting Abreu is a good use of resources,” says Sarah Wunsch, an attorney at the American Civil Liberties Union (ACLU) Foundation of Massachusetts. “We think it’s a bad choice that he doesn’t need to pursue.”

What’s more, says Wunsch, the case illustrates what’s wrong with failing to provide students with comprehensive sex education. “Much more needs to be done to educate young women and men about access to contraceptives and other family planning services,” she says. “[Former Governor] Mitt Romney brought us a million dollars in federal funding for abstinence-only-until-marriage programs in the public schools. This is bad education.”

How much Abreu and her partner knew about contraception is unknown. “The case is heartbreaking all around,” says Melanie Zurek, Executive Director of the Boston-based Abortion Access Project. “But it’s not something that should be handled by the courts.”

Instead, activists believe the focus should be on teaching young people about options for pregnancy and sexually-transmitted disease (STD) prevention and working to protect the nearly 600,000 women around the world who die each year from pregnancy-related problems or during childbirth.

Information about the safe use of Cytotec and RU486 can be obtained by going to gynuity.org.