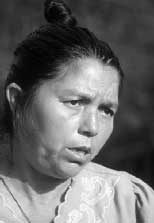 On March 9 The New York Times ran an obituary of Rufina Amaya who died at 64 in El Salvador of a stroke the previous Tuesday. We should all remember the ordeal experienced by Ms. Amaya at the hands of troops specifically trained by U.S. Special Forces.

What can Iraqi civilians expect to face? Well, here is the story of Rufina Amaya and her village, El Mozote, and what happened at the hands of the American trained troops.

The Atlacatl Brigade was the first “Rapid Deployment Infantry Brigade” in the Salvadoran army. It was trained by the U.S. and was supposed to destroy the Farabundo Martí National Liberation Front (FMLN), a peasant liberation movement fighting for bread and land against the Salvadoran oligarchy and its U.S. supporters.

On the night of Dec. 10, 1981, the Atlacatl Brigade took over the remote village of El Mozote. The brigade thought that FMLN members might sometimes be getting food and shelter in the village, but had no proof. 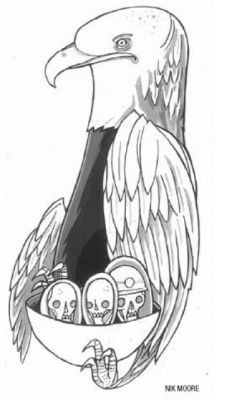 The next morning, the Brigade decided to put its training to work and make an example of the people of El Mozote. The soldiers decided to kill the entire population of the village (about 900 people, including peasants from the countryside who came to stay in El Mozote out of fear of the Atlacatl Brigade in the field). The population was unarmed.

The men were separated from the women and children and publicly executed, many were beheaded (not an Iraqi invention). Then all the girls and women 12 years old and up were killed, many were first raped. Finally, all the children under 12 and the babies were taken into the village church and then shot and bayonetted.

The next day, the brigade went to the nearby village of Los Toriles where the soldiers lined people up and shot them down. Back at El Mozote there was one survivor, Rufina Amaya, who had been able to hide. She heard her own small children screaming in fear as they were killed by the U.S. trained counterinsurgency troops.

She lived to tell the world what had happened. The United States, of course, defended the Atlacatl Brigade. The Reagan administration played down the reports that were published in The Washington Post and The New York Times. Elliott Abrams, the same Elliott Abrams who now works for the Bush administration, told Congress that the reports of the killings were not believable.

The bulk of the mass media followed the Reagan line. Time magazine suggested that if there were dead children, we should remember that children can support our enemies, the guerrillas. No one was ever punished. The Atlacatl Brigade continued carrying out its mission, which culminated in 1989 with the murder of six Jesuit priests, their cook and her daughter.

Peace accords were signed between the government and the rebels in 1992 and a general amnesty was proclaimed. A 2000 court ruling stripped the amnesty protections from the sort of massacres that were perpetrated by the Atlacatl Brigade. To date, no one has been brought to justice.

Rufina Amaya has died. She will no longer awaken in the night to the screams of her children. The Special Forces have moved on to train the Iraqi counterinsurgency. Elliott Abrams has moved on to serve another president who wages wars against other Third World people. It will be Iraqi mothers now who will face U.S.-trained forces.

Thomas Riggins is the book review editor for Political Affairs and can be reached at pabooks@politicalaffairs.net