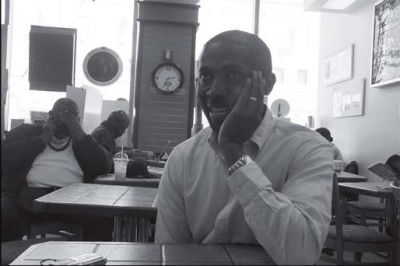 Jean Delphonse, the owner of a Harlem internet cafe, reflects on the joys of free wireless.
Photo: Irina Ivanova

More than two decades of government deregulation, industry consolidation and technological advances have helped create the American communications infrastructure we know today. Here are some of the major developments of the past 20 years:

1984 The FCC breaks up AT&T, which had employed 1,000,000 people and retained a near-monopoly of the country’s long-distance and local telephone service market for eight decades. After the breakup, AT&T maintains control of the long-distance market, while local telephone service is broken into regional monopolies controlled by seven “Baby Bells”: Ameritech, Bell Atlantic, BellSouth, NYNE X, Pacific Telesis, Southwestern Bell and US West.

1986 NSFnet, one of the early incarnations of what would later be called the internet, becomes operational. Originally intended as a means of linking research facilities with five regional federally funded supercomputers, the system eventually connects 200 educational institutions and community networks. Using TCP / IP –based protocols, NSFnet is also compatible with the Pentagon’s ARPANE T. For six years, users on the network were prohibited from using it for anything other than academic or educational purposes.

1992 Congress passes the Scientific and Technology Act to allow the private sector to use NSFnet for commercial purposes, as long as this use indirectly benefits research and education.

1995 NSFnet is officially retired. Control of the network infrastructure is ceded to four regional telephone companies: Sprint for New York, MFS for Washington, D.C., Ameritech for Chicago, and Pacific Bell for California. MCI is awarded the contract to maintain a very-high-speed research network for specialized use.

1996 Arguing that de-regulation was needed in order to “promote competition,” Congress passes the Telecommunications Act of 1996. The first update of telecommunications laws since 1934, the act was seen as the result of heavy lobbying by media and telecommunications companies. The act allows for increased media consolidation by reducing or removing barriers to corporate ownership of radio and television stations across the country (see sidebar: “[name]”). The act also allows the Baby Bells to enter the long-distance market for the first time since the 1984 break-up of AT&T.

2000 In AT&T v. the City of Portland, the Ninth Circuit Court of Appeals classifies modem service as providing a combination of telecommunications and information services. By doing so, the Court protects the “common carrier” obligations of the cable companies — in effect, ensuringthat the cable companies who own internet infrastructure will be obligated to open up their networks to outside internet service providers (ISPs).
2002 Following the Ninth Circuit decision, the FCC issues a declaratory ruling classifying cable modem service as an “information service,” exempting it from common carrier obligations. ISPs like Brand X and Earthlink subsequently sue in federal court — taking the case back to the Ninth Circuit, which rules in their favor. The FCC appeals to the Supreme Court.

2004 In response to efforts by Philadelphia to create a city-owned municipal wireless system, Pennsylvania Governor Edward Rendell signed into law a bill banning the state’s municipalities from directly offering fee-based Internet service. The law forces Philadelphia to either offer service for free or through a consortium of private companies at a higher rate than originally planned.By the end of the year 13 states implement laws barring municipalities from competing with incumbent broadband service providers.

August 2005 In the wake of the Brand X decision, the FCC reclassifies DSL as an information service – also exempting it from common carrier obligations.

2006 After a decade of mergers and industry consolidation, a handful of telecommunications giants dominate the DSL and cable modem market. AT&T CEO Ed Whitacre publicly expresses his interest in creating a “tiered internet system,” in which both content providers and users pay for faster internet access. Industry groups, funded by telephone and cable companies, launch campaigns against “network neutrality”– the guarantee that users of the internet receive equal access to speed and content.