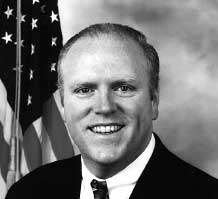 The majority of people in the United States, and a greater majority in New York City, are opposed to the ongoing war in Iraq and to the Bush administration’s policies as a whole. Yet the city’s congressional representatives have failed thus far to even introduce legislation to end funding for the war to impeach President Bush and Vice-president Cheney for their numerous war crimes and violations of the Constitution.

To remedy this, I organized a group of eight community leaders to meet with our Congressman, Joseph Crowley (D-NY), at his Jackson Heights office April 12. I had told the Congressman’s scheduler that we wanted to discuss the war in Iraq and holding Bush and Cheney accountable.

Though Congress is meant to represent the people at the federal level, in reality it is often members of Congress who represent the ruling elite to the people. Nonetheless, we all live in communities and we all have a representative in Congress. This can be a powerful means to educate and organize our communities. Putting pressure on our elected representatives can be a tool, in addition to demonstrations and creative actions, to end the war and hold the powerful accountable.

Our delegation members came from a variety of organizations including Democrats.com, Progressive Democrats of America, Sunnyside-Woodside Peace, Veterans for Peace, World Can’t Wait — Drive Out the Bush Regime and other people active in the community. We urged Congressman Crowley, whose district comprises parts of Queens and the Bronx, to introduce legislation to pull all U.S. military personnel out of Iraq immediately and to impeach Bush and Cheney for war crimes.

“I’m for getting out of Iraq. I’m for getting our people out of harm’s way. I don’t trust this government and president. I won’t support a war with Iran,” the congressman told our delegation.

While Crowley was cordial and listened to us carefully, he was vague and reluctant to take initiative on our concerns.

We expected this passivity based on his previous actions and inaction. In spite of New Yorkers’ massive opposition to the war in Iraq, Crowley was among those who voted to authorize it. In January of this year, he wrote me a letter stating, “Since the war in Iraq began, I have seen that we were misled by the President and his Administration about weapons of mass destruction and links to Al Qaeda.” “[Impeachment] is something that has to be done with the consensus of the caucus,” Crowley continued. “This president has a tendency to lie. The fact that they lie is going to hurt them. I think what we’re doing is in a responsible and thoughtful way.”

In a March 2007 letter, Crowley told me that legislation had been introduced in the 109th Congress that would have made “recommendations regarding grounds for possible impeachment.” He goes on to write that the legislation was not acted on “and as such must be reintroduced in the current Congress.” But he refuses to be the one to do it.

We cannot expect Crowley and other representatives to truly act in our interest unless we force them to. At least now we have Crowley’s words stating his agreement with us. The next step for our group in Queens is to raise the pressure to ensure that he takes action. This means more community meetings, public education and mobilizations and creative tactics.

If members of Congress are pushed to the point where they can no longer ignore us, they will comply, end the war and impeach Bush and Cheney. And if they still refuse to represent the will of their constituents, the true state of democracy in this country will be exposed even more. Either outcome will be a step forward toward exercising our rights and creating social change.