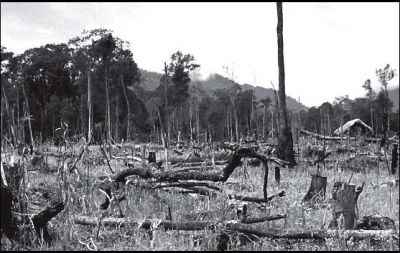 By Mary Heglar and Jessica Lee

By one estimate, beef represents 79 percent of the United States’ food ecological footprint. Because it takes so much land and food to raise one cow, producing one calorie of beef takes 33 percent more fossil fuel energy than producing one calorie of potatoes. It takes 6.3 to 6.8 pounds of carbon emissions to produce one quarter-pound cheeseburger. On average, a beef cow produces 243 pounds of methane before visiting the slaughterhouse, which is 23 times more potent in the atmosphere than carbon dioxide. Even if Americans consumed 50 burgers each per year, the low-end estimate, this would still contribute 65,250,000 metric tons of carbon dioxide to the air. That’s the equivalent of 6.5 million SUVs on the road!

Makes you want to think about leather too?

While wind power is a little more expensive, the funds go towards investment in more wind projects. And remember — reduce, reduce, reduce. The greenest power is that which isn’t used.

3 Put Your Carbon Footprint In Your Mouth

Food choices could be perhaps the most important step in combating global warming. Most food crosses 1,200 to 2,500 miles before it is consumed. By eating locally produced organic food one day a week, you could reduce your carbon footprint by 6,000 pounds of carbon dioxide per year. By supporting locally grown or produced organic food, you will reduce the usage of pesticides, chemical fertilizers and packaging. Here’s how:

Members buy a share in a local farm in exchange for a guaranteed weekly ration of the produce in harvest season. The share ensures the farmer a living wage, while producing the year’s crop. Connect to the 50 CSAs in New York and build a direct relationship to your food. (justfood.org/csa/locations)

in Red Hook (added-value.org) and East New York (eastnewyorkfarms. vox.com). Defend the gardens we’ve got and let’s grow our own food with more community and rooftop gardens. (Moregardens.org, greenthumbnyc.org)

Freegans are locals who intercept perfectly good food on its way to the landfill — a.k.a. dumpster diving! And it’s free! freegan.info

Saving the equatorial rainforests is more than protecting the most diverse region on earth. Tropical deforestation releases 1.5 billion tons of carbon into the atmosphere each year. New York is the largest consumer of tropical hardwoods in North America, according to the organization Rainforest Relief. Since the 1960s, the city is estimated to have consumed nearly 10 million board feet of tropical wood — more than 50,000 acres of Amazon rainforests — to construct boardwalks, park benches, playground sets, subway tunnels, ferry terminals, pedestrian desks on bridges. Mayor Bloomberg’s PlaNYC 2030 does not call for a moratorium on rainforest wood imports, so it’s up to us. Call 212-788-7210 to tell your city council member to support a bill to replace tropical wood needs with sustainable and recycled-material alternatives.

Coal-burning power plants are the leading culprit of global warming. In the United States, they account for 40 percent of the total amount of carbon dioxide produced — more than 2.5 billion tons. In the United States alone, more than 150 new coal-powered power plants are slated for construction in the coming years. Top climate scientists are calling for a moratorium on new plants. To help these campaigns, volunteer with, or donate to: Rainforest Action Network’s “Dirty Money — No New Coal,” Sierra Club’s “Stop the Coal Rush,” and Rising Tide’s no-compromise approach to stopping new fossil fuel infrastructure.

To fuel its aircrafts, ships, ground vehicles and other facilities, the U.S. military is the single largest energy consumer in the world. The 2007 CIA World Fact Book reports that there are only 35 countries in the world that consume more energy than the U.S. military. According to its own 2006 Fact Book, the U.S. Defense Energy Support Center reported selling the U.S. military 131 million barrels of oil or 358,000 barrels per day.

Many political analysts expect more resource wars to break out if climate change worsens. It’s a nasty cycle. We burn oil to engage in a war for oil; the pollution caused by fighting this war intensifies global warming and climate change, which then increases the chance for future wars over resources. Join the movement to stop the Iraq War and all wars. energybulletin.net