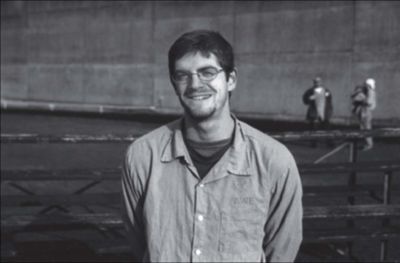 POLITICAL PRISONER: Jeffrey “Free” Luers is serving a 22-year and 8-month prison sentence for his role in setting fire to three SUVs at a Chevrolet dealership in Eugene, Ore., in June 2000. Luers, who was hit with 11 felony convictions for one crime, carried out his act as a protest against excessive consumption and human-induced global warming. As he explained at his sentencing, “I didn’t do this because I enjoy property destruction… I did this because I’m frustrated that we are doing irreversible damage to our planet, our home… I’m not going to justify my actions. I can’t do that anymore than one can justify the destruction of the environment for profit. They are both wrong. I take responsibility for what I’ve done. You can judge my actions, but you can’t judge my heart. It can not be said that I am unfeeling and uncaring. My heart is filled with love and compassion.”

In February, an appeals court ordered that Luers’ original sentence was excessive and that it be reversed, clearing the way for as much as 15 years to be lopped off his prison term. For more information, visit freefreenow.org.

For the last several years I have been writing about the causes and signs of global warming. I scour newspapers and science journals for the latest studies. It’s no real surprise that the guy in prison for trying to call attention to global warming is writing about it.

When I first came to prison, global warming was considered a myth. I had to argue the facts in numerous interviews. Some journalists were convinced by my passion and knowledge and others dismissed me as crazy.

Now more and more attention is being given to climate change and its inherent dangers. Major media outlets are reporting on climate change on a regular basis.

However, I was shocked when the Oregon Department of Corrections recently put an article in the prison bulletin about the dangers of global warming! The article went so far as to break down the types of greenhouse gases. It concluded by asking the inmate population to do its part in fighting global warming by recycling paper to avoid creating methane gas (by letting it rot in a landfill).

I am glad that these issues are finally being acknowledged. It is great that steps are finally being taken to halt climate change. My own captors now agree climate change is a threat. The Bush administration is beginning to acknowledge it. Several states, including Oregon, are fighting legal battles in an effort to reduce greenhouse gas emissions. It is great news. Even though it is going to take much more effort, it is at least a start.

However, it leaves me asking the question: If I’m right and climate change is this huge threat, why am I still in prison?

I have served more than six years for a property crime that hurt nobody. My codefendant was released more than a year ago. Whatever debt I owe to society is paid in full.

We all know — you and me and the state — that I was punished for my politics. I was made to be an example. Well, my politics turn out to be right. No one is arguing with me about that anymore.