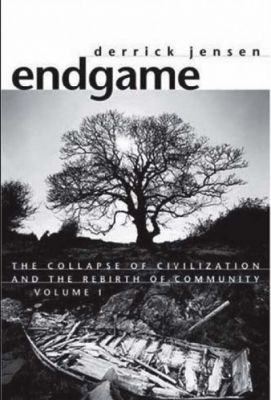 Literature on climate change is proliferating almost as fast as the carbon in our atmosphere. Thankfully, the last several years have seen several books published that are both scientifically sound and accessible to the general public. Here’s a road map to the best of what’s out there.

Tim Flannery’s The Weather Makers and Elizabeth Kolbert’s Field Notes from a Catastrophe represent two opposite approaches to the overwhelming scale of the climate change problem.

The Weather Makers takes a broad, Jared Diamond-esque look at the problem of climate change and attempts to explain it without oversimplifying. Unlike most books on human-caused global warming, this one begins long before humans made an appearance on the planet. Flannery adds weight to his argument by grounding it in Earth’s climate history for the last million years, then presents graph after graph of incontrovertible scientific evidence that human activity is what’s causing the planet’s present rate of warming.

Striking a balance between the personal and the sweeping, Flannery summarizes both the scientific developments in the field and political battles alongside it, being especially harsh to Australia, his home nation, and the United States.

Flannery explores potential disaster scenarios as well as future planetary damage we have already caused. These include the slowing of the Gulf Stream and the destruction of the Amazon rainforest.

A key premise of his is that no matter what we do to reduce carbon emissions, we are already committed to a two-degree rise in average temperature. One chapter is devoted to the estimated 30 percent extinction when the oceans catch up to current atmospheric temperatures in about three decades.

A practicalist, Flannery recognizes some devastating consequences as inevitable, but nonetheless describes them in detail. Recognizing the Kyoto protocol as insufficient, he also recognizes it as reality, and imagines what could be accomplished if carbon trading really took off, or if the third world nations most damaged by climate change sued the industrial nations most responsible for it.

The conclusion is the book’s weakest point — after three hundred pages of unforgiving science, Flannery’s vague do-something solution amounts to little more than “call your politician.” If enough of us adopt lifestyle changes, he says, the price of green energy will plummet, and enable the change we so desperately need. In face of the preceding austerity, the claim rings hollow.

Elizabeth Kolbert, an environmental writer for The New Yorker, takes the opposite approach in her slim volume, Field Notes from a Catastrophe. Her writing is deeply personal and rich in detail. Ten examples, which she chooses somewhat at random, serve to crystallize many of the issues Flannery reveals, the depth of those affected seemingly bottomless.

Among these visible changes: melting permafrost, migrating butterflies, the extinction of the golden toad of Costa Rica, the appearance of a new “flood market” for homes — located, predictably, in areas soon to be underwater.

Kolbert ends on an austere note: make no mistake, we are killing our planet. She leaves the reader with a series of images, well drawn and touching, but no directive.

The two books complement each other and together form a comprehensive primer on the details of global warming.

Heat, from British environmental journalist George Monbiot, is notable as a serious and detailed attempt to practically solve the climate change problem, assuming our economy and society remain largely as they are today. Monbiot takes the position that we as a globe need to reduce our emissions by 90 percent by the year 2030 (in contrast with the 70 percent Flannery estimates). There is some convincing, though not much, as to why this is necessary; the bulk of the book is devoted to technical examinations of scientific studies and the price of energy in every imaginable form.

In this new society, some of our energy will come from renewable sources. The efficiency of residential and commercial buildings will be vastly improved. Governments will be strict in enforcing carbon rations, but imaginative in key public investments (like a revamped bus system) that would eliminate the need for individual cars. He concedes that some modern-day luxuries, like our ability to fly long distances, are simply impossible to translate into a low-emission society, and will have to be drastically reduced.

Monbiot’s “call for austerity” serves, at the least, as a hard examination of the resources we are currently wasting. The sheer quantity of scientific and governmental reports Monbiot navigates (all of which he cites and sometimes comments on) testify to the near-impenetrable layers of political bullshit surrounding supposedly objective scientific study.

Two other books address climate change within the larger context of human society.

Jared Diamond’s Collapse is a study of the life spans of various human civilizations and an examination of why ancient and modern societies — the Maya, the Easter Islanders, among others — collapsed, and what that may portend for our own future. Using his by-nowfamiliar method, successful in Guns, Germs and Steel, Diamond examines a few examples in great detail and extrapolates his analysis to make sweeping hypotheses about where we as the West might be headed.

Sadly, the revelations he comes up with have neither the punch nor the sheer revelatory quality of those of Guns, Germs and Steel. Though wellinformed and informative, Diamond’s conclusions are middling. He concludes that while environmental damage is one of the four factors prefacing a society’s collapse, the only determining factor is a society’s “response” to these outside threats. This is not a revelation most readers will need 500 pages to read.

Endgame, a two-tome, 900-page opus, portrays a radical divergence from mainstream and so-called radical approaches to climate change. The product of anarchist vanguard Derrick Jensen, it is in many ways the philosophical counterpoint to Collapse; where the latter examines societies with a view to improve sustainability, the former takes as its basis the premise that what we have come to know as “civilization,” a fundamentally abusive system, is unsustainable and should be destroyed. Jensen approaches humanity’s destruction of the planet from the bottom up, so to speak: where the four previous authors assume in Western societies something precious worth saving, Jensen looks each of our co-inhabitants of the Earth — a tree, a species of salmon — as equally deserving as humans, and takes a hard look at exactly what we have created that is called “civilization.”

Jensen’s reputation as an intelligent and passionate writer, even if you’ve never read him before, is clear in the first few pages. The self-righteousness practically flies off the paper.

While the substance of Endgame is infinitely deserving of analysis, its author neither analyzes nor describes it in detail. Touching on a number of valid and important subjects — the deep-seated acceptance of many kinds of violence in our culture and humanity’s alienation from the natural world, to name just two — Jensen does not dwell on any single one but strides ahead in a largely off-putting manner. Many of his arguments have a palpable kernel of validity, but just when you feel he could completely win you over with two well-placed examples, he gives one, inserts a sarcastic parenthetical and is off and running to his next grandiose claim.

Presentation aside, Endgame’s basic premise is an essential reminder: prior to the dominance of Western civilization, which began within the last six thousand years or so, humans lived in a completely sustainable state of harmony with nature for tens of thousands of years. The more controversial second volume, which explores violent resistence to the system, will be invaluable reading to pacifists in particular and anyone married to the idea of social transformation, if only as a mind broadening exercise.

George Monbiot concludes Heat with the words, “We can contemplate the transformation of anyone’s existence but our own.” We are educated enough now to know that we are contemplating a choice between our transformation and our very rapid demise.