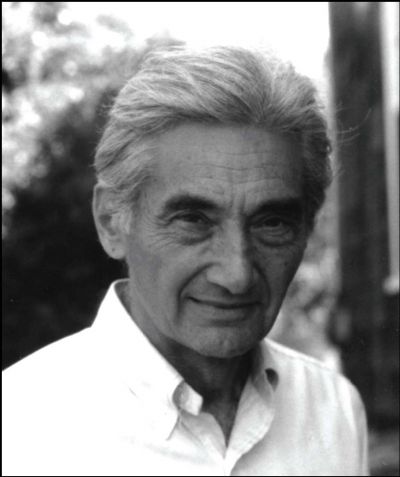 By Mary Heglar and Jessica Lee

The Step It Up! campaign and the inaugural National Day Against Climate Change April 14 was the first nationwide opportunity for Americans to act politically against climate change, but in a limited manner.

Around the U.S., people joined in more than 1,400 events to encourage Congress to cut carbon emissions by 80 percent by 2050. Congress is poised to do the exact opposite, however, responding to the power of energy companies by preparing to shower massive subsidies on destructive “alternative” fuels like coal-to-liquid and ethanol.

So what will it take to make those in power respond to the will of the people?

To better understand how to confront human-caused global warming politically, The Indypendent asked historian Howard Zinn for his insights. Zinn is the author of A People’s History of the United States, which has sold more than one million copies since it was first published in 1980.

The Indy: What can we learn from our nation’s history to help us understand the root causes of global warming?

Zinn: Our national history is one of economic expansion at the expense of the environment, unbridled, uncontrolled exploitation of coal, oil and lumber for the sake of corporate profit. This means that if we are to do something about global warming, we will have to drastically change our policy of deregulation, of turning a blind eye to what corporations do. We will have to regulate the industries that pollute.

The Indy: Do you think the solution to slowing climate change will come from the people or those in power? And do you feel there is enough time to make these necessary changes?

Zinn: There is very little time, and we can’t depend on our leaders, either our political leaders or our corporate leaders. It will take an indignant citizenry to create a movement strong enough, using strikes, boycotts and civil disobedience to compel government and industry to act.

The Indy: In A People’s History of the United States you write, “The society’s levers of powers would have to be taken away from those whose drives have led to the present state…” What kind of system do you see as part of the solution to slowing human-caused global warming?

Zinn: We need a system where corporate profit is not the motivating force for economic activity, where the goal is not profit but human need. It will start with severe regulation of capitalism.

The Indy: Why do you think that many people feel despair and a sense of hopelessness when it comes to mitigating global warming? How do you recommend addressing these feelings?

Zinn: A sense of despair is understandable given the undemocratic nature of our political system, which makes it difficult for popular will to turn into national policy. Hopelessness can be overcome with some historical perspective, when people learn the history of social movements and how in the past people felt impotent, but persisted, protested, organized, and apparently powerless people became powerful enough to bring about change. The history of the labor movement, of the civil rights movement, of the antiwar movement, of the women’s movement, all show at first a feeling of powerlessness and yet, after much persistence and sacrifice, significant victories.