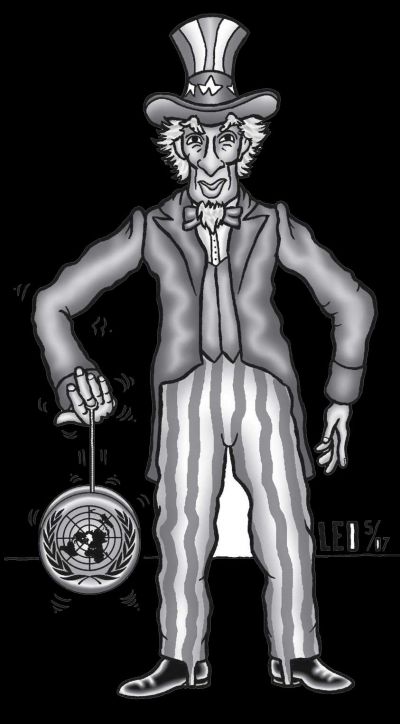 Even before the industrialized nations met at a G8 Summit June 6-8 in Heiligendamm, Germany, the United States was attempting to block a German proposal, supported by the United Kingdom and Japan, to cut greenhouse gas emissions 50 percent by 2050.

U.S. representatives were also seeking to strike from the summit declaration the words, “We acknowledge that the United Nations climate process is the appropriate forum for negotiating future global action on climate change.”

The United Nations has struggled with the climate change issue for 30 years. Eliminating its role as a forum for collective action on climate change would be a victory for leading U.S. energy and automotive companies but a disaster for the world.

As it stands, the United States, China and India have steadfastly opposed taking action to reduce greenhouse gas emissions. President George W. Bush pulled the United States out of the 1997 Kyoto Protocol in 2001. The Clinton-Gore administration (see sidebar below) had previously signed the treaty, which would have mandated modest cuts in emissions, but refused to submit it to the Senate for ratification. As developing nations, China and India are refusing to countenance restraints on their economic growth, pointing out that Western nations have grown rich burning fossil fuels without limits.

Russia has taken a wait-and see approach, recently making an “appeal against panicking and over-dramatizing the situation.”

Without action by governments worldwide, the U.N. Intergovernmental Panel on Climate Change (IPCC) has warned that emissions of greenhouse gases covered by the Kyoto Protocol will rise by 25 to 90 percent by 2030 compared to 2000.

The IPCC was established in 1988, cosponsored by the World Meteorological Organization and the U.N. Environment Program. More than 2,000 scientists worldwide contribute to its studies; 192 countries are members.

“Now, this is a critical target,” British journalist George Monbiot recently told Democracy Now!, “because if you get beyond that point, that’s when the positive feedback starts to begin. That’s when the biosphere, the world’s natural systems, begins to produce far more carbon dioxide, far more methane. It begins to absorb less of the carbon dioxide, which we produce, and that is a point beyond which we can’t do anything more about it. … There’s nothing more we can do.”

IPCC reports, submitted in February, April and May 2007, stated that the climate change problem exists and is critical and human induced. They were viewed as scientifically comprehensive and conclusive.

The February report said that “warming of the climate system is unequivocal, as is now evident from observations of increases in global average air and ocean temperatures, widespread melting of snow and ice and rising global mean sea level.”

The April report forecast that climate change would affect billions of people. Projected climate change-related events were likely to affect the health of millions through increases in malnutrition; increased deaths, disease and injury from heat waves, floods, storms, fires and droughts; and the altered spatial distribution of some infectious disease vectors.

Despite the urgent message in this report, the final document was watered down in the negotiation process. “Key sections were deleted from the draft,” the Associated Press reported, “and scientists angrily confronted government negotiators. Delegates removed parts of a key chart highlighting the devastating effects of climate change that kick in with every rise of 1.8 degrees.” The United States, China and Saudi Arabia raised many objections, often seeking to tone down the certainty of the more dire projections.
“The poorest of the poor in the world and this includes poor people in prosperous societies — are going to be the worst hit,” Rajendra Pachauri, IPCC chairman, said. “People who are poor are least able to adapt to climate change.”

“This is a glimpse into an apocalyptic future,” the environmental group Greenpeace commented. The May report discussed policies, measures and instruments to mitigate the effects of climate change. Critics objected to its recommendations of building more nuclear power plants and widespread introduction of genetically modified crops.

These latest reports on the impact of global warming come on the heels of last November’s U.N. Climate Change Conference in Nairobi.

Six thousand delegates from 166 countries took part. The conference failed to establish a timetable for cuts in greenhouse gas emissions, following the pattern of powerful countries not wanting anything to happen. It did agree to review the Kyoto Protocol in 2008; the protocol expires in 2012. A spokesperson for U.N. Secretary-General Ban Ki-moon said May 15 that a “high-level” meeting on climate change would be held at the time of the next U.N. General Assembly session in September.

The date and countries to attend are still to be determined.

Africa’s estimated 920 million people produce about 3 percent of the world’s carbon emissions. For example, in Malawi, a nation of 14 million located in southeastern Africa, the average annual carbon footprint is about 200 lbs. — while that of the average American is more than 40,000 lbs. Already plagued by frequent drought and famine and with an average per capita income of $600, the people of Malawi and other similar African nations are expected to suffer the most from climate change. “Africa and climate change are intrinsically linked, as climate change will affect the welfare of Africans for years to come,” notes Bishop Desmond Tutu of South Africa.

Seventy percent of Africa’s people are immediately dependent on rain-fed, small-scale agriculture. An assessment of climate change released this spring by the U.N. Intergovernmental Panel on Climate Change projected that between 75 million and 250 million Africans will be exposed to increased water shortages by 2020. The extent of cultivable land, the length of the growing season, and yield potential are also expected to decrease by 2020. Yields from rain-fed agriculture could be reduced by up to 50 percent by that time.

“We have a message here to tell these countries, that you are causing aggression to us by causing global warming,” President Yoweri Museveni of Uganda said at the African Union summit in Addis Ababa, Ethiopia, in February. “Alaska will probably become good for agriculture, Siberia will probably become good for agriculture, but where does that leave Africa?”
Art: Leo Garcia