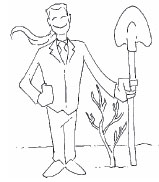 Organic farming is based on the principle that using natural methods and eschewing all artificial inputs such as pesticides, petroleum-based fertilizers and genetically modified organisms is better for the land, the farmer and the consumer. The organic movement flowered in the Seventies, a product of the environmental and countercultural movements, and influenced by the Whole Earth Catalog and books such as Silent Spring and Diet for a Small Planet.

Initially, energy usage was not at the center of organics. But concern over oil-intensive industrial agriculture has led many to tout the climate-friendly nature of farming that rejects petroleum-based pesticides and fertilizers while bringing products directly to the consumer from a farm perhaps 50 miles instead of 5,000 miles away.

The thousands of small organic farmers who have been most successful use direct to- consumer methods such as farmers’ markets, roadside stands, community-supported agriculture (CSAs) and onfarm retail stores that minimize energy used in transpor while maximizing revenue returned to the farmer.

Organic food remained on the fringe until the nineties when the “Alar scare” over a possible carcinogen used on apples led many consumers to seek out organic foods. This represented a much larger market: those more concerned about personal health than planetary health. This inevitably drew in large corporations as they realized the organic market was growing up to 20 percent a year.

Economies of scale favor corporations as big supermarkets buy in massive quantities and want a cheap, reliable product, making it impossible for a small farmer to compete. They also want a year-round supply, and will reject fruit and vegetables that don’t meet exacting standards of size, shape and color.

This gave rise to California’s massive organic farms contracted by companies such as Dole and Green Giant. These organic agri-businesses use large combines, migrant labor, and industrial processing and shipping methods that result in huge carbon footprints compared to a small, local organic farm. Corporations also pick produce that is underripe so it can survive the trip to market, negating many of the health and culinary benefits that made organic so desirable in the first place. All this leaves almost no room for the small organic farmer.

Whole Foods claims to support local organic farmers but they account for a miniscule fraction of inventory. What Whole Food sells is the appearance of organic, not the actuality.

Much organic produce now finds its way into highly processed foods think organic frozen dinners — based on an energy-intensive infrastructure that ships products thousands of miles for processing and then ships the final product to far-flung supermarkets. 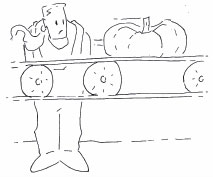 Increasingly, organic produce is being shipped thousands of miles from Mexico, Central America — and possibly China in the future — as the Wal-Martization of organic food takes hold, pressuring prices and health, safety and labor standards downward. And it means adding to global warming by relying on a petro-economy to grow, process and transport organic food from around the world.