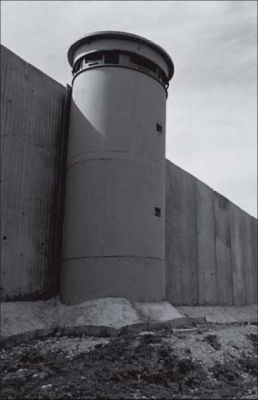 The wall at Qalqilyah by RCN V.ORG

The current internecine strife among Palestinian parties in the occupied Palestinian territory should not obscure the fact that the Israeli occupation and its brutalities and rolling massacres in the last few years are the root cause of all conflict in Palestine.

Israeli colonial and racist policies on the ground have convinced a steadily growing community of observers, intellectuals, human rights activists and U.N. officials that Israel is practicing apartheid against Palestinians and ought to be treated the same way apartheid South Africa was — with boycotts.

Archbishop Desmond Tutu, U.N. Special Rapporteur on human rights Prof. John Dugard, and South African government minister Ronnie Kasrils have all declared that Israel has created a worse system of apartheid than anything that ever existed in South Africa.

Israel’s criminal policies include house demolitions, Jews-only colonies and roads, uprooting of hundreds of thousands of trees, indiscriminate killings of civilians, particularly children and incessant theft of land and water resources. It also denies freedom of movement to millions under occupation by cutting up the occupied Palestinian territory into Bantustans, some entirely caged by walls, fences and hundreds of roadblocks, hindering access to workplaces, agricultural lands, hospitals and schools.

The resounding failure of the international community to date in ending Israel’s occupation, collective punishment and other forms of oppression was what prompted Palestinians to call almost unanimously for boycott, divestment and sanctions (BDS) against Israel until it fully complies with international law and recognizes the human rights of the people of Palestine.

Among the many groups and institutions that have heeded the boycott calls and started to consider or apply diverse forms of effective pressure on Israel are the British University and College Union, the Church of England, the Presbyterian Church (USA), a group of top British architects led by Architects and Planners for Justice in Palestine, the National Union of Journalists in the UK, the Congress of South African Trade Unions, the South African Council of Churches, the Canadian Union of Public Employees in Ontario, and celebrated authors, artists and intellectuals led by John Berger.

Why single out Israel?

Israel is responsible for the longest military occupation in modern history, and it is the only state that has consistently contravened international law with impunity and violated basic human rights while simultaneously enjoying honorary membership in the Western club of “civilized” democracies. Israel cannot maintain its illegal occupation and other forms of oppression without the limitless political and diplomatic support and gigantic financial subsidies it receives from the United States, making the latter entirely complicit in Israel’s crimes.

I shall highlight some of Israel’s policies that have invited calls for boycott against it.

Israel has constantly evaded any responsibility for the 1948 Nakba that saw some 750,000 Palestinians ethnically cleansed. Even committed Israeli leftists often grieve over the loss of Israel’s “moral superiority” after occupying the West Bank and Gaza in 1967, as if prior to that it was a civil and law-abiding state. Israel denies Palestinian refugees their U.N.-sanctioned right to return to their homes, simply for being “non- Jews.”

Israel and its own Arab-Palestinian Citizens

To this date, significant majorities of Israeli Jews have consistently opposed full equality with the Palestinian citizens of Israel.

Even in cancer research, Israeli apartheid is strongly present. In June 2001, the Health Ministry mapped the distribution of malignant diseases in Israel from 1984 to 1999. The report included only a single Arab community in Israel, Rahat.

In Israel only when a link is shown between polluting sites and the incidence of malignant disease is it possible to prevent installation of new hazards or demand tighter environmental standards. By omitting Arab towns in its cancer mapping, the Health Ministry has indirectly given a green light to polluters to relocate to Arab towns.

The results of such health apartheid are ominous. In the past three decades the rate of malignant diseases in the Palestinian population in Israel has risen by 97.8 percent among men, and 123 percent among women, as opposed to a rise of 39.8 percent for men and 24.4 percent for women in the Jewish population.

Based on the above, people of conscience are called upon to bear their moral responsibility and apply diverse, context-sensitive forms of boycott, divestment and sanctions against Israel to bring about an end to its occupation and apartheid. Only thus can the hope for equality for all and genuine peace based on justice be nourished.

Omar Barghouti is a founding member of the Palestinian Campaign for the Academic and Cultural Boycott of Israel www. PACBI.org. He contributed to The New Intifada: Resisting Israel’s Apartheid.