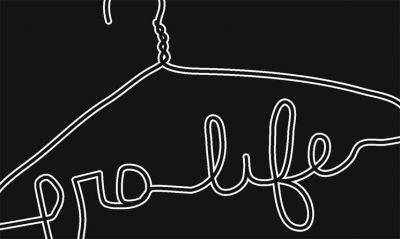 When professor Helena Silverstein began researching the impact of parental consent and notification requirements on pregnant minors seeking abortions, she assumed that the laws were a good thing. Girls, she thought, benefit from adult intervention, and if parents or guardians aren’t up to the task, judges should be counted on for sage advice.

Her assumptions were tested by visits to more than 200 courts in three states — Alabama, Pennsylvania and Tennessee — that impose parental involvement, with judicial bypass, for those who want or need it. Although 22 states presently require parental consent, and 12 require notification, Silverstein believes her findings represent nationwide trends.

The idea of judicial bypass, Silverstein writes in Girls on the Stand, is to provide adolescent females with impartial, confidential, adult supervision when they can’t consult a family member about their abortion decision for whatever reason — a history of sexual or physical abuse; rape; not wanting to disappoint them; or residing in a fundamentalist community. “It is sustained by the premise that courts function largely apolitically and without bureaucratic pitfalls,” she writes.

Silverstein and her team called hundreds of courts, posing as pregnant teens, to test staff responses. The results ranged from the nearperfect — a clear outline of where to go, who to see and how to obtain a low-cost or free attorney — to the wildly incompetent. The testers often had to make dozens of calls before finding someone to explain the process, something that would have delayed their abortions by days or even weeks. In the worst cases, court officers gave the caller incorrect information or made the process sound impossibly cumbersome. Even more frightening, some responders denied the existence of judicial bypass, ignorantly professing that there was no such thing.

Silverstein writes, “Of the 222 county courts charged with handling bypass petitions in Alabama, Pennsylvania and Tennessee, 100 demonstrated substantial or complete ignorance about the bypass system.”

As if this isn’t bad enough, things get worse when the teen confronts the judge authorized to hear her case. “Judges were among those who failed to indicate that minors have a right to court-appointed counsel and instead recommended securing a private attorney,” she continues. For those without funds, this is the equivalent of a slammed door.

And that’s the least of it. Silverstein reports that in three Alabama counties bypass judges require minors to obtain Christian “pro-life” counseling before they will grant them permission to abort. “The absence of such counseling, these judges claim, provides grounds for concluding that a minor is insufficiently informed about abortion to warrant a bypass.”

The “ministry” they most commonly refer to is Sav-A-Life, an evangelical Christian outreach program whose mission is to “combat, reduce and eliminate the sin of abortion.” Teens sent to its offices, Silverstein writes, typically “face 30-to-60 minutes of ‘counseling’ not only about alternatives to abortion, but also about God, Jesus Christ and possibly Satan. She will hear the personal testimonials of those who have been saved, and be asked to pray and receive Christ.”

Clearly, only the strongest or most desperate will be unfazed by this encounter.

On top of this, some judges go one better and appoint a guardian for the fetus. According to Girls on the Stand, “These judges have placed walking and talking pro-life advertisements in the center of bypass proceedings.” Hearings with this additional person typically last for hours and subject the girl to religious harangues and harsh questioning. In the end, what is supposed to be a simple hearing becomes adversarial.

Surprisingly, if the young woman is able to withstand this assault and does not withdraw her request for abortion, permission to terminate the pregnancy is usually granted. Still, Silverstein concludes that such judicial browbeating should not be excused because of the desired end result. “No one should think that it is permissible for judges to use the bench as a platform for rhetorical onslaught,” she writes.

Silverstein calls her earlier faith in judicial bypass “the myth of rights,” the belief that the courts will function impartially, ethically and efficiently. In the end, she concludes that the “separation between law and politics is folklore… a tall tale.”

So what’s to be done? Girls on the Stand does a terrific job of laying out how courts conspire to limit the abortion access of teenaged girls. The results are clear, convincing and enraging. How we — and the lawmakers who represent us — respond will indicate whether the pro-choice community has the wherewithal to fight back and defend Roe.