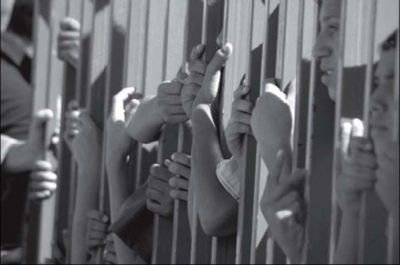 He held his hand to his ear listening to his earpiece as he stared right at me. He smiled as I struggled to carry all my bags, following a young female soldier with my passport in her hand. I no longer cared at that point and I stared back as hard as I could — cursing him with my eyes.

She walked me to the bus stop and handed my passport to another soldier. I waited in the blistering heat silent and motionless. I wanted to be sad because I felt like I should be. But I wasn’t. I sat for 30 minutes not knowing how to think. When the bus came my passport was given to the driver and I was called up to board. I sat on the bus with who I assumed were Palestinian citizens of Israel en route to a vacation in Aqaba. A young girl already in her bathing suit walked down the aisle of the bus singing to herself in Arabic. She made it to my row and she stopped and smiled at me, I smiled back and she continued down the aisle.

I sat there in the air-conditioned bus and I closed my eyes. I thought hard about how I felt and I realized that from just before I reached the border until just after I was denied that my feelings hadn’t really changed all that much.

I wasn’t sad; how could I be? I love Palestine more than anywhere else in the world and I know how many millions of others share those feelings. More importantly I know that for many people Palestine is something much more than it could ever be for me.

I returned to one of the many Palestinian refugee camps that I stay in while in Jordan. There is a family that I know through the rest of their family living in the West Bank. They greeted me smiling, saying, “Poor Matthew! You’re one of us now here in Jordan!”

“Not exactly,” I said as I joined in their laughter. They prepared a large meal and we sat and ate together as I told them what happened during the many hours I spent getting denied at the border.

Israelis should not be scared of whether people like me enter Palestine or not. If I did enter, what would I do? Take another photograph of their humiliating checkpoints, or maybe write another story about listening to their tanks rumble down the streets during an invasion.

These things are not new. They have gone on since 1948 and even before then.

They may ban people like me from entering, but that won’t prevent me from doing what I can to help expose one of the longest- standing injustices of our time. I will return back to the United States and I won’t be sad.

The struggle for justice for Palestinians is not confined to the West Bank and the Gaza Strip. It lies in the refugee camps like Beqa’a, Yarmouk, Ein el-Helwe and all the others. And it lies outside in Europe and the United States. It is our countries that allow this to go on and it’s in those countries where we must concentrate our efforts. We have unlimited resources at our fingertips to get the word out and expose the injustice. Now more than ever we must do everything we can to get that information out and force our governments to recognize the rights of Palestinians.

That Israeli agent who questioned me as he tore apart my belongings can smile all he wants to. But he’s insecure because deep down he knows he’s losing. He knows his injustice cannot last forever and that’s what scares him the most.