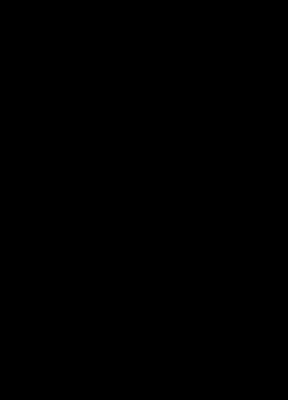 ISRAEL: APARTHEID OR GENOCIDE?
Response to: “The Israeli Recipe For 2008: Genocide in Gaza, Ethnic Cleansing in the West Bank,” June 21

I think The Indypendent is pushing the envelope with the term genocide. The other article on apartheid is more apt in describing the current Israeli-Palestinian conflict. There is no doubt that the Israeli government uses walls, armed checkpoints, beatings, killings, discriminatory laws, segregation, camps like townships and other elements one would have found in South Africa or the Jim Crow South. Only the most blind supporters of the state of Israel would deny this or put a spin on its necessity.

To say that the Israeli state is committing genocide is a stretch because of the scale involved and the systemic murder that other genocides have shown us. —READER

I am convinced that genocide here is not a stretch. Genocide cannot be simplistically reduced to mere numbers, and the evil thereof does not escalate with the noughts, but begins in the heart of mankind before the first blood is spilled. —DAVID TOORAWA

RENT REMINDER
Response to: “How to Fight Rent Overcharges,” June 21

For more information on tenant blacklisting, you should consult with Citywide Task Force on Housing Court and read a Gotham Gazette article, “Blacklisting Tenants,” by Job Lamport (February 2006). To clarify, according to the Department of Housing and Community Renewal, a landlord cannot get both a 20 percent vacancy increase while also taking the Rent Guidelines Board increase. —WRITER

“Organic” as a label doesn’t mean much — “locally produced organic” is the way to go. There’s also another issue — who exactly is certifying that these products really are organic? More likely than not, the only ‘organic’ thing about them is the sticker.

Keep in mind that all the cotton produced on old South slave plantations was “100% organic”!

Why fair trade? To make sure that the money actually goes to the small farmer, who can then afford to improve her farming practices, and perhaps buy a wind turbine and an electric tractor instead of relying on fossil fuels.

Why carbon-neutral? To make sure that agriculture isn’t contributing to the ongoing problem of fossil-fueled global warming.

Why organic? To avoid polluting rivers and watersheds with industrial fertilizers, pesticides and herbicides. —IKE

SPIRITUALITY CAN’T SOLVE CLIMATE CHANGE CRISIS
Response to “Howard Zinn: We Need A System Where The Goal Is Not Profit, But Human Need,” June 7

Capitalism facilitates the human tendency to be greedy by rewarding greed with great material riches. That is why we have global warming.

To look inward or spiritually is thoughtful and can bring about personal development and change. But we are talking about the earth here, and the challenge is to look outward. Barring a metaphysical discussion of what the “spirit” is, we need to make drastic changes now. If capitalism can cut emissions by 50-100 percent and not destroy the environment, then great! The sooner the better. But I’m skeptical. —ANONYMOUS