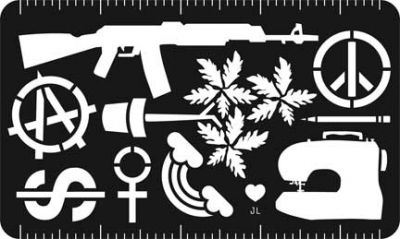 Despite denouncements of “tenured radicals” by commentators on the right, there are few academics with ties to social movements. Plenty of academics write articles for obscure journals on transgression or “interrogate” race, gender and class, but almost none are found in the streets. This is the classic bargain of academia: you can think subversive thoughts as long as you don’t act upon them. Case in point: the firing of Constituent Imagination co-editor David Graeber from Yale University’s anthropology department.

He was dismissed not for his anarchist politics—there’s a sizable number of self-proclaimed Marxists in the academy, after all — so much as for acting on his beliefs, working with the Direct Action Network and supporting the unionization efforts of grad students.  The writers who contributed to Constituent Imagination want to tear down the barrier set up within the academy between theory and practice. In an occasionally jargon-ridden, often brilliant and generally provocative set of essays, they theorize and research about the globaljustice movement from within the movement.

Their approach and focus vary: from first-hand accounts of modern day diggers planting papaya trees on public land, to reflections on how to do militant research (or research militancy), to an argument for do-it-yourself (DIY) culture as a form of “self-valorization”, or creation of forms of social organization outside the sphere of capitalism.  However, they are united in their commitment to finding or forging a collective intellectual practice capable of aiding the struggle for human liberation.

The authors, rather than seeing their role as diagnosing the “objective” nature of the system and on this basis prescribing the correct strategy for social movements to follow, instead attempt to work out what it means to perform engaged intellectual work alongside, in service to and within social movements themselves. To do so, most of the articles (and the title) borrow theoretical vocabulary from autonomist Marxism. (Originating in Italy, autonomist Marxism stresses the role of the working class in creating and modifying capitalist social relations and the need for autonomous self-organization of the working class and everyday working-class resistance.)

The primary reference point for most contributors seems to be the cycle of struggles from Seattle to Genoa, before the U.S. wing of the global-justice movement capsized under the weight of September 11 — the book reads like it could have been written in 2002, with the anti-war movement and immigrant rights movement nowhere to be seen. But in reflecting on the high point of the alter-globalization struggles and drawing on the body of theory that emerged from the decade-long “1968” of Italy, where mass anti-systemic struggle persisted until the late 1970s, the authors try to lay a theoretical groundwork for a new and intensified movement towards that other world that is possible. Constituent Imagination is, among other things, an attempt to consolidate the breakthroughs of the global-justice movement at the level of theory.

While this collection will likely be most interesting to those attempting to do radical work within the academy, it is relevant to anyone interested in (re)building the alter-globalization movement and creating “a new world in the shell of the old.” Constituent Imagination may end up sitting on the shelves of university libraries, but its heart is in the streets.