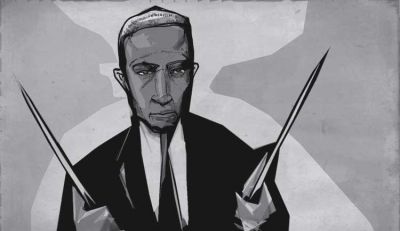 When the bebop revolution hit jazz in the mid-1940s, Max Roach, who died Aug. 16 at the age of 83, provided the rhythms. Roach’s drumming — frenetic yet delicate ticking on the ride cymbal, subtle and explosive bursts on the bass drum — underpinned the performances and records by Charlie Parker and Miles Davis that defined the sound of modern jazz. His own groups included a hard-bop quintet in the 1950s, collaborations with singer Abbey Lincoln (his wife for eight years), and an all-percussion octet called M’Boom in the 1970s. We Insist: Max Roach’s Freedom Now Suite, his 1960 album with Lincoln, made powerful political points even in its wordless parts, with Roach cracking the drums like an overseer’s whip, Lincoln screaming, and Nigerian drummer Baba Olatunji joining the band on one section. Roach lived out his life as an elder statesman and teacher, passing the music on to scores of younger drummers.