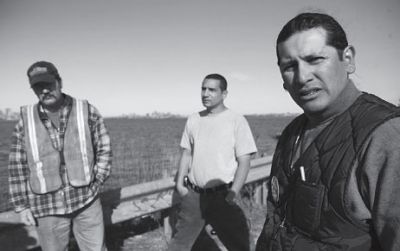 By Bennett Baumer
Union reformers, fresh off their May Day electoral victory in taking over International Longshoremen’s
Association (ILA) Local 1588, got important commitments on wages, organizing and safety. The East Coast union held its national convention the last week of July in Hollywood, Florida.

The ILA’s top brass reacted to pressure from the reformers and agreed to support the Longshore Worker’s Coalition’s (LWC) demands for abolishing tiered wages, more money for organizing and improved safety measures. Coalition members of Local 1588 have been active in the push to reform the 42,000-member union.

“The international saw the loss of dues from the lower wage tiers, but we put it forward because [wage tiers] do not help solidarity,” said Local 1588 president and LWC member Anthony Falcicchio. “It was interesting that the international adopted issues the LWC held years ago.”

The tiered-wage system pits newer port workers against veteran workers who earn more and prevents newer workers from getting better raises. As the ship companies flood the ports with cheaper and younger laborers, abolishing the tiered wage system has become a rallying cry for reformers. Union progressives also advocate that the ILA use its resources to organize non-union laborers in the ports since the ILA has lost thousands of members in recent years. Labor Notes reports that the ILA would have $8.6 million available for organizing efforts if they capped salaries of top union officials to $100,000.

The ILA will take the Coalition’s demands to the negotiating table in 2010 when the master contract covering every East Coast port expires. The LWC, whose power stems from worker-to-worker organizing, wants the 2010 contract negotiations to be a turning point. But, it faces many challenges. It has not developed into a bona-fide oppositional force vying for the top positions in the union, and its strength depends on maintaining longdistance organizing where increasingly ports compete with each other for work.

Despite its gains, the LWC did not get everything it wanted. The group pushed a union resolution for direct elections of the union’s top international leadership by union membership. Currently the ILA’s executive officers are elected by union delegates representing each of the union’s local chapters. However, these individuals are often appointed by the same officials they vote to elect. This quid pro quo arrangement has allowed staid leadership and corruption to grow.

Meet the exiting entrenched ILA President John Bowers. After decades as the union’s president, the octogenarian Bowers retired after his term ended — well kind of his new title is “president emeritus” allowing him to bank $225,000 (half his old salary), plus a pension from his local and another from the international union.

Even convicted former Newark Local 1235 president Al Cernadas is boarding the gravy train. Cernadas pled guilty to labor racketeering in 2005 and was ousted from leadership, but collects a pension from Local 1235 and made demands to collect his $192,000-a-year pension from the international.

Replacing Bowers as union president is Richard Hughes, the former ILA executive vice president. Reformers dropped plans to run for office because of the stacked delegate system. Hughes ran unopposed. This spring, The Indypendent reported that ILA General Organizer Harold Daggett was making moves to assume the top spot in the union by making fiery speeches and spinning himself as a reformer, but at the convention he settled for the number two position of executive vice president. Daggett also ran unopposed.

For the new president of the ILA, trouble still looms. The Feds still have the union under open investigation through its floundering Racketeer Influenced and Corrupt Organizations (RICO) case. In addition, an ILA-affiliated local president in Puerto Rico was sentenced to 15 years in July for embezzlement. Other officials from that local face similar charges for embezzling $8 million from the union health care fund. The ILA also announced at the convention that Newark Local 1235 would be placed under an internal trusteeship without government supervision.
A fightin’ union: Members of International Longshoremen’s Association (ILA) Local 1588 take a break on the docks in Bayonne, NJ. Union members have gained control of their local and are pushing ILA senior leaders for far-reaching reforms. Photo: Antrim Caskey