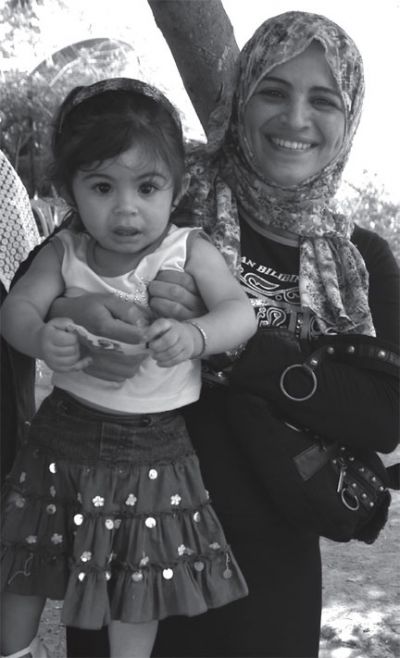 Part 2 of a 3 part series on the West Bank

By Ellen Davidson
OCCUPIED WEST BANK—How do you deliver health services in a society under siege?

In the old city of Nablus in the northern West Bank, the Union of Health Work Committees (HWC) faces obstacles most health workers never even have to think about. Entry to, and exit from, the city is restricted to roads controlled by Israel Defense Forces (IDF) checkpoints, and the only vehicles allowed to pass through are those of international NGOs. “Anyone who works in Ramallah spends hours to reach his work,” says Dr. Kadir, who runs several clinics for the HWC in Nablus. This forces people to look for work near where they are live, he explains, and there are not enough jobs. According to Kadir, the poverty rate in Nablus is more than 70 percent.

For the year and a half after Hamas was elected to the government of the Occupied Palestinian Territories (OPT ), international aid and customs revenues (controlled by Israel) were cut off because Washington and its allies considered the organization “terrorist.” This drastically affected delivery of health care. Because many people are not receiving their salaries, there is no money to pay for treatment. “When we started, we had medication, but now, there is no money to pay, so this increases the rates of infection. Not less than 20 percent of patients are charity cases,” says Dr. Kadir. The HWC clinic treats anyone who comes, regardless of ability to pay. Kadir showed us his logbook of patients, half of which were marked as “free.”

The HWC’s main clinic in the old city was destroyed by soldiers during the second intifada in 2002, first by bombs and then by tanks. At the beginning of the uprising, the city was under IDF curfew for 40 days. Health workers could not get to the center of the city and residents could not leave their homes. The HWC had to send out volunteers to help people get to the hospital. 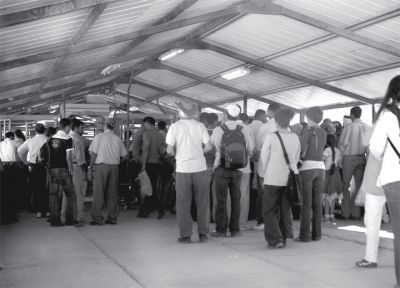 The entire northern region of the West Bank, with a population of a million people, is served by two government hospitals one surgical and one medical. They were built in 1905 and have not been renovated or augmented since. There are also several private hospitals, but most people cannot afford to pay their fees.

The government hospitals are missing critical equipment — dialysis machines, for example — and medicine is in short supply. When funding, including staff salaries, ran out at the beginning of this year, there were no medications, and services stopped. Dr. Kadir’s clinic also suffers from a lack of medications and outdated or nonfunctioning equipment. “At the last staff meeting, a doctor was asking, ‘Where is the ultrasound? I need it to diagnose my patients.’ What is the benefit of good doctors without the apparatus?”

Due to the lockdown of the city, people suffer from psychological problems, as well as hypertension, diabetes, and stress, Kadir explains. No one’s looking at the root causes. “The problem is peace in your place. How can you sleep and be safe? Night is not for you. Night is for the soldiers.” At the Palestinian Counseling Center in Nablus, Nadia, the coordinator of the big brother/sister program, has similar stories of stress, in particular among young people living under occupation. Because of the security measures, there are no clubs or other facilities in which youth can spend their energy, she says. There are no jobs when they get out of the university, and they see no future. This leads to high levels of depression and a general atmosphere of despair.

At her center, the staff leads group therapy with teenagers. Much of the work involves people who have lost friends and family to violence and prison. The long siege of the city has created violence in the society, Nadia says, including “men on their wives, wives on their kids, kids on other kids.” The lack of jobs and depressed economy exacerbate this. “Everybody is ready to make violence for no reason.”

The problems are somewhat different in the “unrecognized” villages, where there are no municipal services such as electricity and sewage management. In Jiftlik, a village of 4,000 people in the Jordan Valley, the clinic run by the Medical Relief Society has a corrugated metal roof: if the residents roof their buildings with concrete, the IDF will come with bulldozers and demolish them.

“Look at this,” says Dr. Muntaser Souboh, pointing in disgust at his clinic’s tin roof:
“This is a look for a clinic of 25 years?” He indicates a stagnant pool at the base of a tree a few yards away. “Sewage water comes to visit our clinic,” he says bitterly.

The Medical Relief Society was founded in 1979 to “create clinics in deprived areas, far away from cities, for people who can’t reach health facilities in Jericho and Nablus because of checkpoints,” explains Souboh. Jericho and Nablus are about 45 minutes away by car, but military checkpoints can make the trips take more than six hours. The Medical Relief Society focuses on primary health care, emphasizing preventive measures and alternative medicine. Muntaser and his colleague Dr. Yusef Khader Sa’ada stress the importance of health education. “Public health means creating conditions in which people are healthy,” says Khader Sa’ada. This is a daunting task under occupation.

This is the seecond of a three-part series. Ellen Davidson was recently on a delegation to Palestine organized by the Middle East Children’s Alliance. For more information, visit mecaforpeace.org.
Photos: Nadia at the Counseling Center; The tightly-controlled checkpoints in Nablus make it hard to get medical care. by ELLEN DAVIDSON