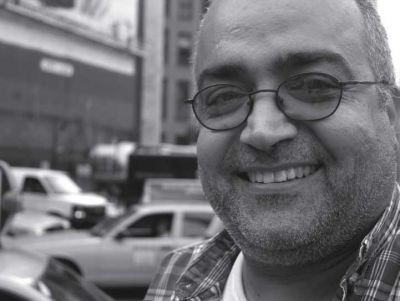 In the aftermath of the taxi strike, The Indypendent caught up with some cabbies during a shift change at the BP gas station at the corner of Houston and Lafayette Streets in lower Manhattan. While many taxi drivers expressed support for the strike, they felt uncertain about its overall impact on the debate. 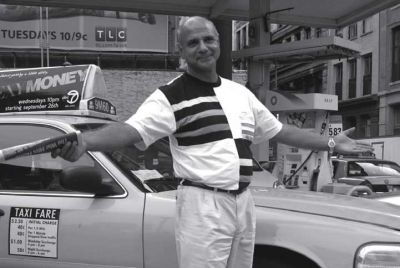 Mien Arshad: A reason for striking is that they would like to know how much money we are making and how much my car is running. It is only for the lower class; what about the upper class? Whatever we make, they take it home, and it is ridiculous.

Orddy: I heard on TV that she [New York Taxi Workers Alliance Executive Director Bhairavi Desai] said the strike was a success, but it is not. We shut out the city, but it will never pass. We do not have GPS unit yet, but the bill will be passed anyway. The strike was not a success. Therefore, there is nothing we can do. A strike can do, but we are not united enough. We need to back up the New York City Alliance more. If 70 percent of us back up the alliance, then they will understand.

Abdul Sajid: I was in the strike for several reasons. I have this machine over here (motions to credit card swipe machine); we are paying 5 percent for their collection fee … we are paying from our own pocket. Let’s just say that when somebody is sitting there and they want to swipe their card, if I tell him they are charging us 5 percent for a collection fee, they are thinking that we are cheating them. In other words we have to pay 5 percent from our pockets. I have no idea [if the strike was a success], but we have to stand with unity, you know, with the union.

Nagmel Bien: Striking is good. A lot of people did strike, but some people didn’t strike. That’s why problems come up. Some people, they say, gave them free cars. They don’t charge him rent [on the cars] to come work in the city. But I did strike two days and I paid for it myself, out of my own wallet, $320 each day. Abdul: We strike because of the GPS and the credit card machine. We don’t like it. The credit card, we lose 5 percent on every transaction. The GPS is connected to the meter, and they track where we go. If you are a Muslim or whatever, they want to know.